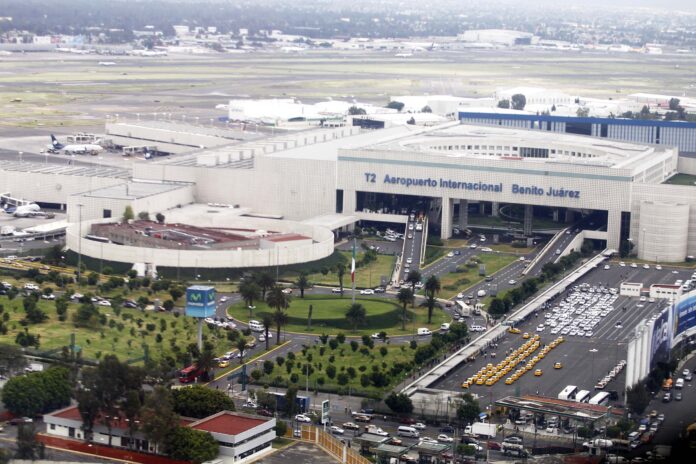 The objective is that users have the freedom to use the transport they want.

The general director of Terminal 2 of the Mexico City International Airport (AICM), Carlos Ignacio Velázquez Tiscareño, indicated that they are already working on enabling of a space in which application taxis, such as Uber, Didi and Cabify, can pick up passage.

According to the manager, the objective is that users have the freedom to use the transport they want to leave the air terminal; however, it must be outside the federal zone.

Velázquez Tiscareño pointed out that they are already evaluating with some companies how to make the modification, which would be on Hangares Avenue, where there would be a space with roofs and some other elements for the benefit of travelers.

“Thus, people would only have to walk between 300 to 350 meters to take a taxi from the application or those from Mexico City,” he said.

Regarding Terminal 1, Velázquez Tiscareño mentioned that a problem is not seen, since users commonly cross the street and request their taxi service by application, far from the federal zone.

It is important to point out that, by law, only taxis that have a concession with the air terminal can pick up a ticket.

“By law it has to be outside the federal zone, here we go we are already working with some companies to put an open space there, so that it will not affect the rain or the sun,” he said.

Last June, President  Andrés Manuel López Obrador (AMLO) reported that his administration would review the provision that prohibits mobile application taxis from operating in the AICM, that is,  from loading and unloading passengers.

According to the president, the reason for the review is not to affect the family economy.

“We  seek to solve problems  and help people , all citizens,” he said at his June 30 conference.

“However, we have to be facing groups of vested interests, large and small mafias, corruption, smuggling and many vices of the neoliberal model,” he added.

AMLO’s statements came after days ago, there were long lines of AICM users waiting to board a licensed taxi to leave the air terminal.