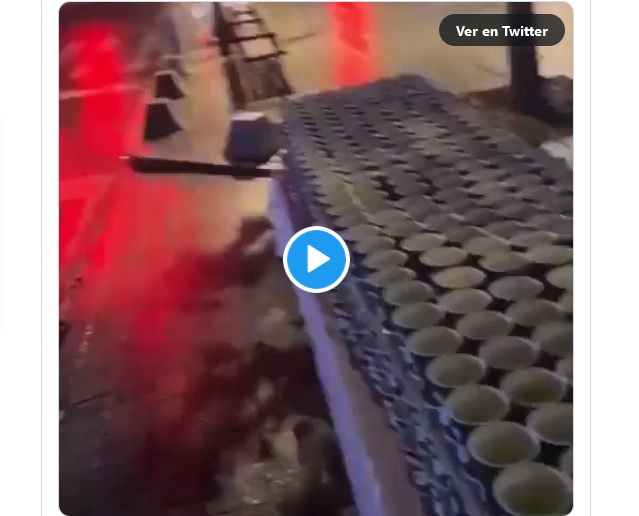 Police in Mexico City have identified a seemingly drunken man who filmed himself spiking the drinks at a marathon held in the city two weeks ago.

In the footage, the man slurred his words in the video and spiked the water that was set out for marathon runners. The clip was filmed at approximately 6 a.m., just hours before the marathon was set to commence. The water station he spiked with white rum was approximately halfway through the marathon, at which point runners would have traveled over 13 miles on foot.

“Tomorrow they will all be at their best, fucking race is going to be the best in the world,” the man said in the video. Mexico City Institute of Sport director Javier Hidalgo Ponce suggested mayor Miguel Hidalgo’s office is to blame for the incident, on account of the late closure time of clubs in the nearby area.

Ponce said the man has since been identified, and authorities were able to stop runners from drinking the spiked beverages because they noticed the cups had been replaced or moved. According to Running Magazine, the man has not been publicly identified but is expected to face prosecution for attempted poisoning.

As many as 19,000 people participated in this year’s Mexico City Marathon.