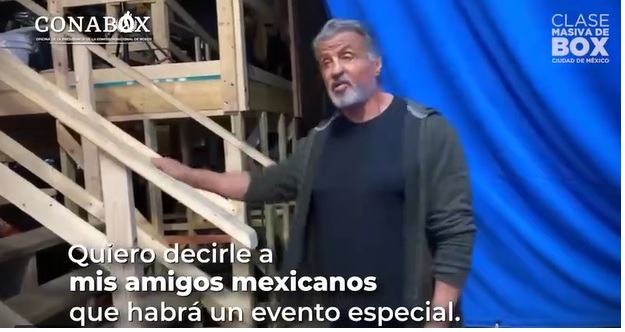 The government of Mexico City is organizing a massive boxing class in the zócalo, with the purpose of breaking a Guinness record, and one of the surprises was that Sylvester Stallone himself, remembered for his performance in the famous ‘Rocky’ zaga, invited the public to be part of this event.

It was through a video published on the social networks of the Sports Institute of Mexico City that it was announced that this class will be held next Saturday, June 18, in the capital’s main square, and the Hollywood actor invited all your fans to join.

Although the actor made an open invitation to his fans, the truth is that he will not be present in this class. What has been confirmed is that it can be accessed for free and that people over 14 years of age can participate. It should be noted that they will seek to break the record that, in 2017, Floyd Mayweather Jr. imposed during a class in Russia, which was attended by 3,330 people.

Mexico City’s Sports Institute has shared some images of how the residents of the capital are preparing for this event, since they have been taking additional classes in different places, such as the Monument to the Revolution. “Great rehearsal heading to the Massive Boxing Class! This is how we prepare to break the Guinness Record,” the publication says.