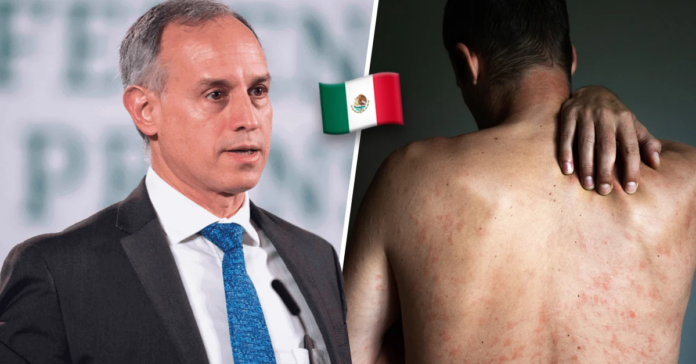 Mexico confirmed its first case of monkeypox on Saturday in a person residing in New York who had traveled to the Netherlands.

The 50-year-old man has mild symptoms and was preventively isolated, the Mexican Ministry of Health said in a statement. He noted that the person probably caught it in the Netherlands.

“Fortunately, he is stable and in preventive isolation. We hope that he will recover without complications,” the Undersecretary for Prevention and Health Promotion of Mexico, Hugo López-Gatell, said on his Twitter account.

Argentina reported the day before the first confirmed cases of monkeypox in Latin America. In one of the cases, it is an Argentine who was traveling in Spain and in the other a resident of that country who came to visit the province of Buenos Aires.

Several Latin American nations were closely following the situation in Argentina, fearing that the virus would reach their territories.

The Bolivian government declared an epidemiological alert on Wednesday after Argentina reported the suspected case. Two days earlier, the National Institute of Health of Colombia reported that it was monitoring people who would have had contact with a Spanish citizen traveling in the country because it was possible that during his visit he was in “the incubation period, totally asymptomatic.” .

Nearly 200 cases of monkeypox have been reported so far in more than 20 countries that usually do not have outbreaks of the disease, according to the World Health Organization (WHO). Spain, Portugal, Italy, the United States, and Australia, among others, have reported cases of this disease transmitted from animals such as rodents and primates to humans.