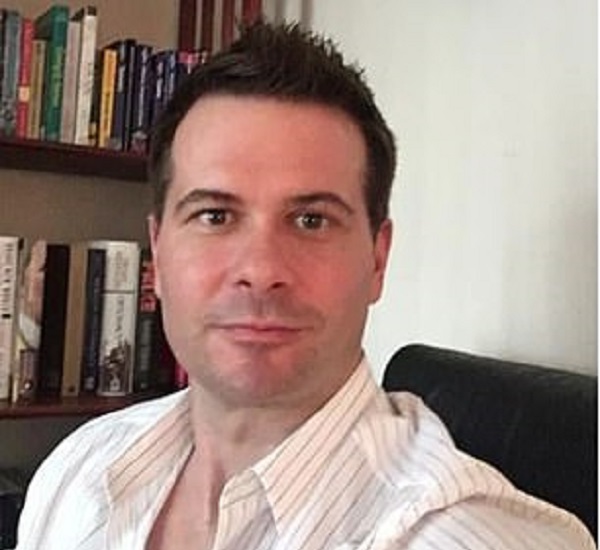 A California man pleaded guilty today to sexual abuse and admitted to the abusive sexual contact of numerous women, as well as photographing and recording dozens of nude and partially nude women without their consent during his career as a U.S. government employee.

According to court documents, Brian Jeffrey Raymond, 45, of La Mesa, was most recently employed by the U.S. government at the U.S. Embassy in Mexico City, Mexico. Raymond departed Mexico after an adult woman was observed nude and screaming for help from his balcony on May 31, 2020. The woman reported she had no memory of events after consuming drinks and food provided by Raymond.

“Brian Raymond betrayed the trust granted to him as a U.S. government employee representing the United States abroad by engaging in years of predatory conduct sexually abusing, exploiting, and recording vulnerable women he targeted in the United States and around the world,” said Assistant Attorney General Kenneth A. Polite Jr. of the Justice Department’s Criminal Division. “As demonstrated by Raymond’s prosecution and plea, the Department of Justice and its law enforcement partners will use all of the tools at our disposal to hold accountable those who victimize women.”

During the subsequent investigation, law enforcement agents recovered hundreds of photographs and videos depicting more than 20 unconscious and nude or partially nude women from Raymond’s cell phones, iCloud accounts, and other electronic devices. Raymond created these materials starting at least as early as 2006 and continuing up until May 30, 2020.

Raymond’s hand is visible in photographs and videos manipulating his victims’ eyes, mouths, and limbs and fondling their breasts and buttocks. Raymond is also seen lying in bed with unconscious women on two different occasions. The women experienced memory loss during their time with Raymond and had no knowledge of the photographs, videos, or physical contact. Internet history recovered from Raymond’s devices revealed searches for unconscious women, as well as searches for the side effects of prescription drugs combined with alcohol, for example, “ambien and alcohol side effects,” “Ambien dissolve,” “Ambien and alcohol pass out,” and “passed out and carried.”

“Thanks to the coordinated efforts of law enforcement here and abroad, Brian Raymond was brought to justice for the sexual and exploitive crimes he repeatedly committed against numerous women,” said Acting U.S. Attorney Channing D. Phillips for the District of Columbia. “We hope that this guilty plea brings some solace to his many victims.”

In the plea agreement, Raymond admitted he engaged in sexual intercourse with two of the victims depicted in the recordings when both were incapable of appraising the nature of the conduct or consenting to it. These offenses occurred on May 30, 2020, and March 26, 2020, in Raymond’s embassy-leased residence in Mexico City.

Additionally, Raymond admitted that over the course of 14 years he recorded and/or photographed at least 24 unconscious and nude or partially nude women and touched the breasts, buttocks, groin area and/or genitalia of numerous women while they were incapable of consent. Raymond transported these obscene materials, specifically 479 photographs and videos of 20 unconscious and nude or partially nude women, into the United States. While under investigation, Raymond attempted to delete the photographs and videos from his devices and internet accounts and made materially false statements to law enforcement.

“Today’s guilty plea of Brian Jeffrey Raymond sends a strong message: The Diplomatic Security Service is committed to making sure U.S. government employees who engage in predatory behavior for which they can be charged with a criminal offense face serious consequences,” said Acting Assistant Director for Domestic Operations Julia Sweeney of the U.S. Department of State’s Diplomatic Security Service (DSS). “Our strong relationships with the U.S. Department of Justice and U.S. and foreign law enforcement partners around the world continue to be essential in the pursuit of justice.”

“Brian Jeffrey Raymond’s guilty plea is a step in the right direction in the pursuit of justice for the many victims of his predatory behaviors,” said Assistant Director in Charge Steven M. D’Antuono of the FBI’s Washington Field Office. “The FBI is grateful to the brave women who came forward to provide information to further this investigation and put a stop to Raymond’s actions.”

Raymond will be sentenced at a date to be determined and faces a maximum penalty of life in prison, a fine of $250,000, a term of supervised release of at least five years and mandatory restitution. A federal district court judge will determine any sentence after considering the U.S. Sentencing Guidelines and other statutory factors.

Trial Attorneys Jamie Perry and Danielle Hickman of the Justice Department’s Human Rights and Special Prosecutions Section and Assistant U.S. Attorney April Russo of the U.S. Attorney’s Office for the District of Columbia are prosecuting the case.

The FBI and the Department of State’s DSS Office of Special Investigations are investigating the case. The Justice Department’s Office of International Affairs and National Security Division provided valuable assistance.