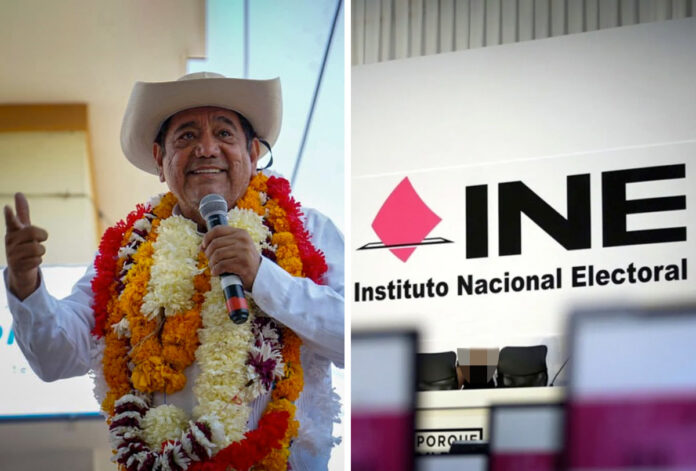 The General Council of the National Electoral Institute (INE) ratified the cancellation of the registration of Félix Salgado Macedonio as Morena’s candidate for the Guerrero government , for not presenting a pre-campaign expense report.

The draft resolution was approved by six votes in favor and six against the electoral advisers.

The advisers that supported the project of loss of the registry of the candidacy, are Carla Humphrey Jordan; Ciro Murayama; Dania Paola Ravel Cuevas; Jaime Rivera; Claudia Zavala, and the president counselor, Lorenzo Córdova.

The Inspection Unit of the INE observed the Morena party’s pre-campaign expenses in Guerrero for an amount of $19,872 pesos, which were not reported by the MORENA political party and its candidate, Félix Salgado Macedonio.

The General Council of the INE concluded that “the sanction that must be imposed on the citizen Félix Salgado Macedonio, is the one provided for in article 456, numeral 1, paragraph c) section III of the General Law of Electoral Institutions and Procedures, consisting of the loss of the right to be registered, where appropriate, if the registration has already been made, with the cancellation of the same as a candidate for the office of Governor within the framework of the Ordinary Local Electoral Process ”.

The Council of the INE gave a hearing to the Electoral and Citizen Participation Institute of the state of Guerrero, so that within the scope of its attributions, it grants the Morena party a period of 48 hours from the notification of the resolution agreement, to carry out the replacement of the candidacy for the position of Governor of the state of Guerrero, within the framework of the Ordinary Local Electoral Process 2020-2021.

The representation of Morena before the INE announced that it will challenge this resolution of the INE before the Electoral Tribunal of the Judicial Power of the Federation (TEPJF).