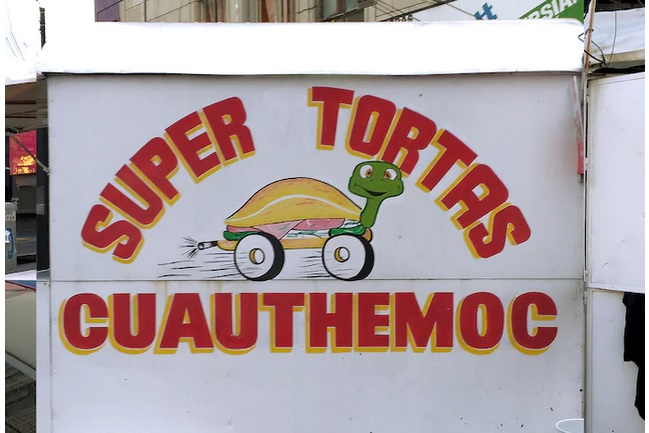 But this year, a Mexico City politician issued an edict. Sandra Cuevas, mayor of the Mexico City borough of Cuauhtémoc, said the street paintings that had come to characterize the city’s culinary variety in strings of colorful stalls were not compatible with her vision of a modern metropolis. She ordered the designs to be removed.

“The municipality’s cleanliness and beauty are everyone’s task,” Cuevas said. She sees making the stalls of Mexico’s capital uniform as a matter of “order and discipline.”

“Behind this is an evil association of rótulos as grime and dirt to be cleaned,” he said.

With the edict, the city center underwent a drastic transfiguration overnight: Hundreds of stalls, which had been emblazoned with luscious rótulos, were covered last month with thick coats of white paint. Others simply had the colors scraped from their aluminum walls. Designs were removed at their owners’ expense and replaced by a single institutional image: the municipal seal.

Giovanni Bautista’s family has operated a rótulos workshop since 1983.

“Rótulos have played a huge part in Mexican gastronomy and street food,” he said. “A lot of them advertise their products on the rótulos, but most of them also have their names and identities there.”

There are precedents for this whitewashing in Mexico City history. In the 1940s, the capital’s then-governor prohibited the popular mural paintings outside pulquerías, bars that sell an alcoholic beverage made from fermented agave popular among laborers.

Solano Rojas is a member of Re Chida, a group of artists and activists working to map and preserve the city’s rótulos. They plan to present a complaint against Cuevas before Mexico City’s human rights commission accusing her of jeopardizing the human right to an identity and impeding graphic communication and freedom of expression.