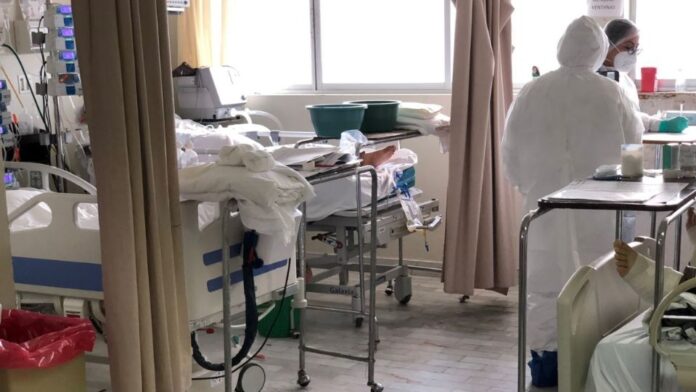 Dr. Alejandro Macías warned that the new variant of the coronavirus that has Europe and the United States on edge is as contagious as measles.

The omicron variant of the coronavirus has Europe and regions of the United States on edge due to its high contagion capacity. The 2009 influenza czar in Mexico, is a virus as contagious as measles.

“Measles is the most contagious infectious disease known. The Omicron variant (COVID19) already resembles measles in its ability to spread,” explained Dr. Alejandro Macías on his official Twitter account.

Measles is the leading cause of death in children, according to information from the World Health Organization (WHO). In Mexico, it has been effectively combated thanks to vaccination.

“It is a very contagious disease, caused by a virus, which can be acquired at any age, even in adult life if a person did not suffer from it in childhood. It is spread through invisible droplets that come out of the nose and mouth of sick people, either by direct contact or through the air, “reads the official site of the Mexican Institute of Social Security (IMSS) .

Mexico has 23 confirmed cases of the variant of the omicron coronavirus, although all with mild symptoms, the undersecretary of Health and spokesman for the government strategy against covid-19, Hugo López-Gatell, reported on Tuesday.

“So far we have 23 identified samples of the same number of people,” said the official during the morning conference of President Andrés Manuel López Obrador.

He explained that, so far, all the people confirmed with omicron have presented “mild symptoms” and that “none have been hospitalized for health reasons.”

“The only one was the initial case that we announced a couple of weeks ago that was voluntarily hospitalized to prevent infections,” added López-Gatell.

The first omicron case in Mexico was a 51-year-old South African citizen who arrived in the country on November 21 and was confirmed by the government on December 3.

López-Gatell highlighted that 70% of the 23 people identified with the variant had not been vaccinated, so he recalled that immunization is the main preventive measure against the virus.

For his part, Foreign Minister Marcelo Ebrard reported that he will accompany President López Obrador on Tuesday in a meeting by teleconference with the US Secretary of State, Antony Blinken, to address the advance of omicron in the region.

Washington announced earlier that it will distribute millions of free covid tests in the face of the advancement of the new variant – discovered in late November in South Africa – which is now the dominant coronavirus strain in the United States.

Its rapid spread has led some countries to again take tough restriction measures, while the WHO has called for more efforts to ensure the end of the pandemic next year.

In Mexico, the pandemic has stabilized for about three months. With 27 of the 32 states in the lowest level of health alert, Mexico has almost completely normalized its activity, although authorities insist on recommending the use of masks and seeking hygiene measures.

Baja California Sur and Baja California are the entities with the highest number of estimated active cases; Nationwide, 18,381 infections of this type are calculated.

According to the demographic data of the epidemic, confirmed cases show a predominance in women with 50.2 percent. Meanwhile, the general median age is 39 years.

He also pointed out that Baja California Sur and Baja California are the entities with the highest number of estimated active cases (with a starting date of the last 14 days due to the positivity index, by entity, and epidemiological week). At the national level, 18,381 infections of this type are calculated.

Regarding hospitalization, in the last 24 hours, the occupation of general beds remained the same as the previous day’s figures, settling at 15%; while the demand for beds with ventilators in intensive care units increased one percentage point, reaching 11% at the national level.

Likewise, it was reported that in the last five weeks there was a greater number of infections in people in the age range of 18 to 29 years, placing it as the group most prone to contracting the virus, followed by the sector of 30 to 39 years and the from 40 to 49 years old.

On the other hand, in the distribution by sex and age of deaths caused by COVID-19, a prevalence of 62% was observed in men. The average age of coronavirus deaths is 64 years.

To date, 13,587 suspicious deaths have been registered (Photo: SSa)

In addition to this, the latest update of the COVID-19 epidemiological traffic light, from December 13 to 26, indicates that, for the eighth consecutive update, no entity is in red, for the second time no state is in orange, while five they remain yellow and 27 remain green.

Finally, the SSa also published the confirmed infections of coronavirus around the world. The World Health Organization (WHO) reported that as of Thursday, December 23, there were 276,436,619 cases. In addition, the global fatality rate was 2%, since the pandemic has caused the death of 5,374,744 people.

Today is the last day of the epidemiological traffic light update, the health authorities will present the new distribution on Friday, December 24

88% of the adult population (72 million people) already have a complete vaccination scheme and since the beginning of December, a booster dose has been applied for people over 60 years of age.