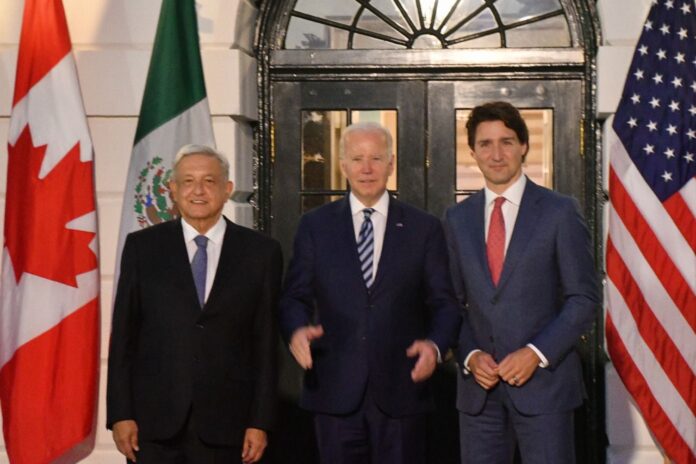 The three leaders will issue public statements after their talks at the National Palace in Mexico City. Biden and Trudeau will hold a bilateral meeting earlier in the day.

This would include greater information-sharing on chemicals used to make drugs including fentanyl, a synthetic opioid that has been blamed for thousands of U.S. overdose deaths.

The White House said the three were also committed to curbing methane emissions from solid waste and wastewater by at least 15% by 2030 from 2020 levels.

They would also create a virtual platform to give migrants streamlined access to legal pathways.

“This will give potential migrants the information they need to come to Mexico, the United States, and Canada lawfully – making them less likely to rely on smugglers,” it said.