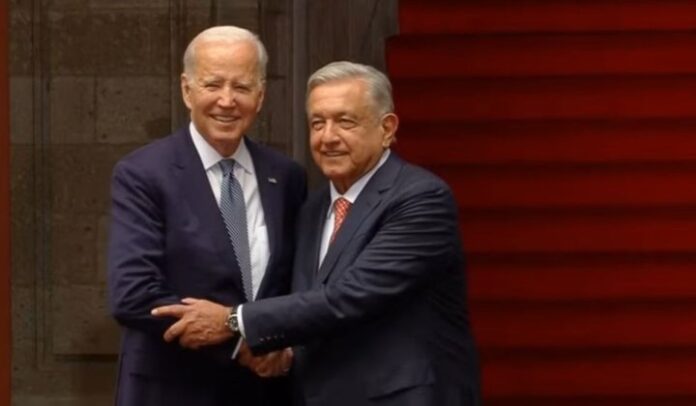 Mexican President Andrés Manuel López Obrador challenged his US counterpart Joe Biden to end an attitude of “abandonment” and “contempt” for Latin America and the Caribbean when the two leaders met on Monday, leading to a sharp opening of a summit of North American leaders.

The comments contrasted with the public displays of affection between López Obrador and Biden shortly before, when they smiled, hugged, and shook hands for the cameras. But once the two sat down in a room in the National Palace, flanked by delegations of high-ranking officials, long-standing tensions soon bubbled to the surface.

López Obrador challenged Biden to improve the situation in the entire region and told him that he “has the key to open and substantially improve relations between all the countries of the American continent.”

“This is the moment to put an end to this forgetfulness, this abandonment, this disdain for Latin America and the Caribbean,” he added.

Biden responded by defending the spending of billions of US dollars in aid around the world over the past 15 years, saying that “unfortunately, our responsibility does not end with the Western Hemisphere.” The president also referred to the 100,000 Americans who have died from the “fentanyl plague,” a drug that enters the Mexican border, and spoke of the joint actions that must be taken to confront drug trafficking.

Although both leaders promised to work together, it was a remarkably abrupt exchange that took place before the journalists, who after the tense moment were taken from the room. Biden and López Obrador met privately for an hour before dinner with Canadian Prime Minister Justin Trudeau and his wife.