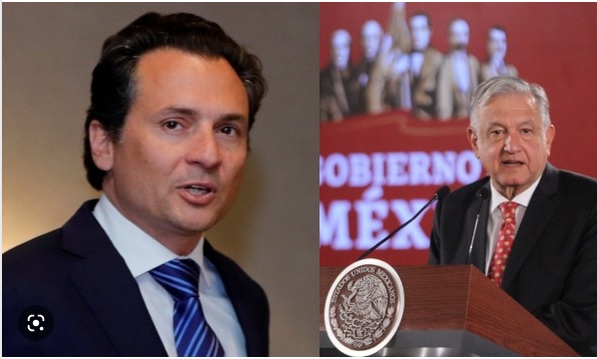 Emilio Ricardo Lozoya Austin is a Mexican economist and politician. He was the CEO of Petróleos Mexicanos from 2012 to 2016. He is accused of taking $10 million USD in bribes from the Brazilian construction firm Odebrecht, which has admitted to paying off Latin American politicians.

It was indicated that the figure proposed by the defense of Emilio Lozoya of 3.4 million dollars is very low, the FGR should take into account the willingness of the defendant to repair the damage.

President Andrés Manuel López Obrador emphasized in his morning conference that if Emilio Lozoya, the allegedly corrupt former Pemex official, is willing to contribute to repairing the damage to the public treasury, the government would consider supporting him so that he can carry out his judicial process in freedom.

If Mr. Lozoya is willing, through his lawyers, to repair the damage, then there is a possibility that he can carry out his process in freedom,” said President Andrés Manuel López Obrador.

Miguel Ontiveros Alonso, Lozoya’s defense attorney, had stated that the former director of Pemex stated before the judge and before the FGR, his intention to repair the damage. “Mr. Lozoya Austin is going to continue collaborating with the FGR in the framework of the reported facts linked to the acts of corruption that occurred in the past,” the litigant specified.