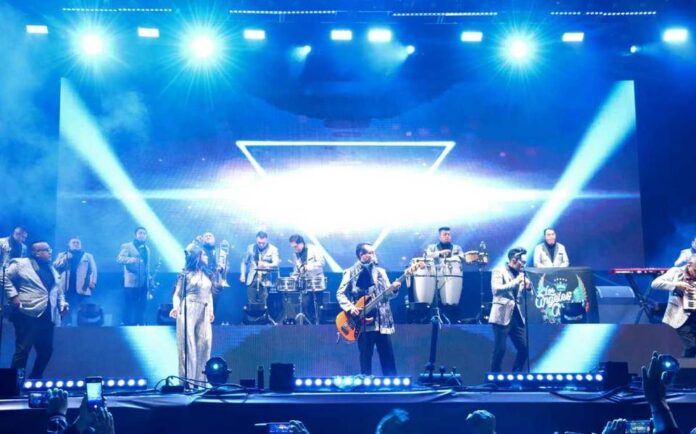 After their presentation at the wedding of Saúl ‘Canelo’ Álvarez in 2021, many of his followers wondered how much the athlete would have paid for Los Ángeles Azules to sing at his celebration, for which it was revealed that the amount, for one private presentation, is between  300 thousand and 500 thousand pesos.

However, due to the increase in popularity, their costs would also have increased, so much so that they could currently charge more than one million pesos, according to ‘El Siglo MX’.

On the other hand, through TikTok, the band musician and TikToker Tomassini Lizárraga revealed that Los Ángeles Azules charge around 1.8 million pesos (around 90 thousand USD) for performing at a concert.

Although this million-dollar amount may seem large, it should be noted that the total amount is not only distributed among the members of the group, it is also distributed among its staff, plus the cost of moving its equipment and transportation for its instruments and logistics. necessary to successfully carry out each presentation.