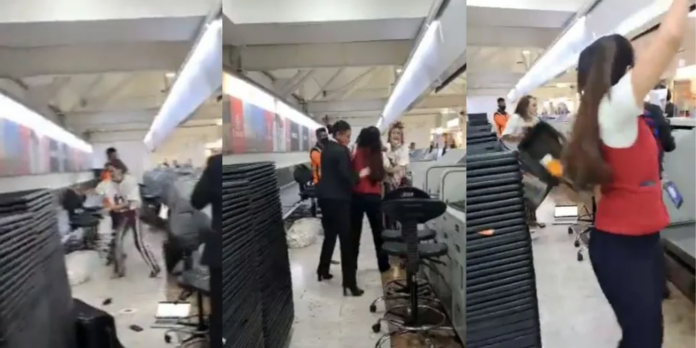 The passenger had allegedly missed her flight to Qatar

In the first part, the passenger is seen inside the restricted area of ​​the customer service counters, where she precisely takes the opportunity to hit one of the employees and later rip an electronic device from the desk and throw it into the air. She then picks up her luggage and opens the suitcase to throw out her belongings as well.

The employees desperately scream for help, because the lady had clearly lost control of herself and was throwing blows left and right.

Another of the video clips now shows the alleged victimizer on top of a counter and raises her voice, but the phrases she says are not clear. She remains standing on the desk for a long time and she hangs from one of the screens with the airline logo. Minutes later, the AICM security elements are seen arriving from her to try to lower her and control her.

So far, the cause that unleashed the woman’s fury remains unknown, according to unofficial information revealed by Internet users, possibly the passenger had missed her flight to Qatar , in addition to being drunk and security he would have “set her free” in spite of everything.

“What a lack of understanding in the face of a mental illness that anyone could have at any time in their life, no one is exempt from it happening to them”, “It cannot be… no training to be able to subdue people like that. I don’t even want to think about if he boards a flight with the mental health that he seems to have. A danger to herself and others”, “According to reports, the lady was drunk”, “Those people who say “that those at the counter sometimes don’t put on a good face and blah blah blah” serve hundreds of passengers and they they just do their job, they are not here to make their day”, were some of the comments that users on Twitter shared after seeing the video of the attack.

On the other hand, delving into the issues of bad times at the airport, at the beginning of October the airlines with the most complaints that operate at the Mexico International Airport ( AICM ) were revealed. Decaying facilities, poor service, lack of maintenance, delays and even mishaps that have almost ended in tragedy are some of the factors that millions of users have taken into account to sharply criticize the Mexico City International Airport ( AICM ) . since its creation. 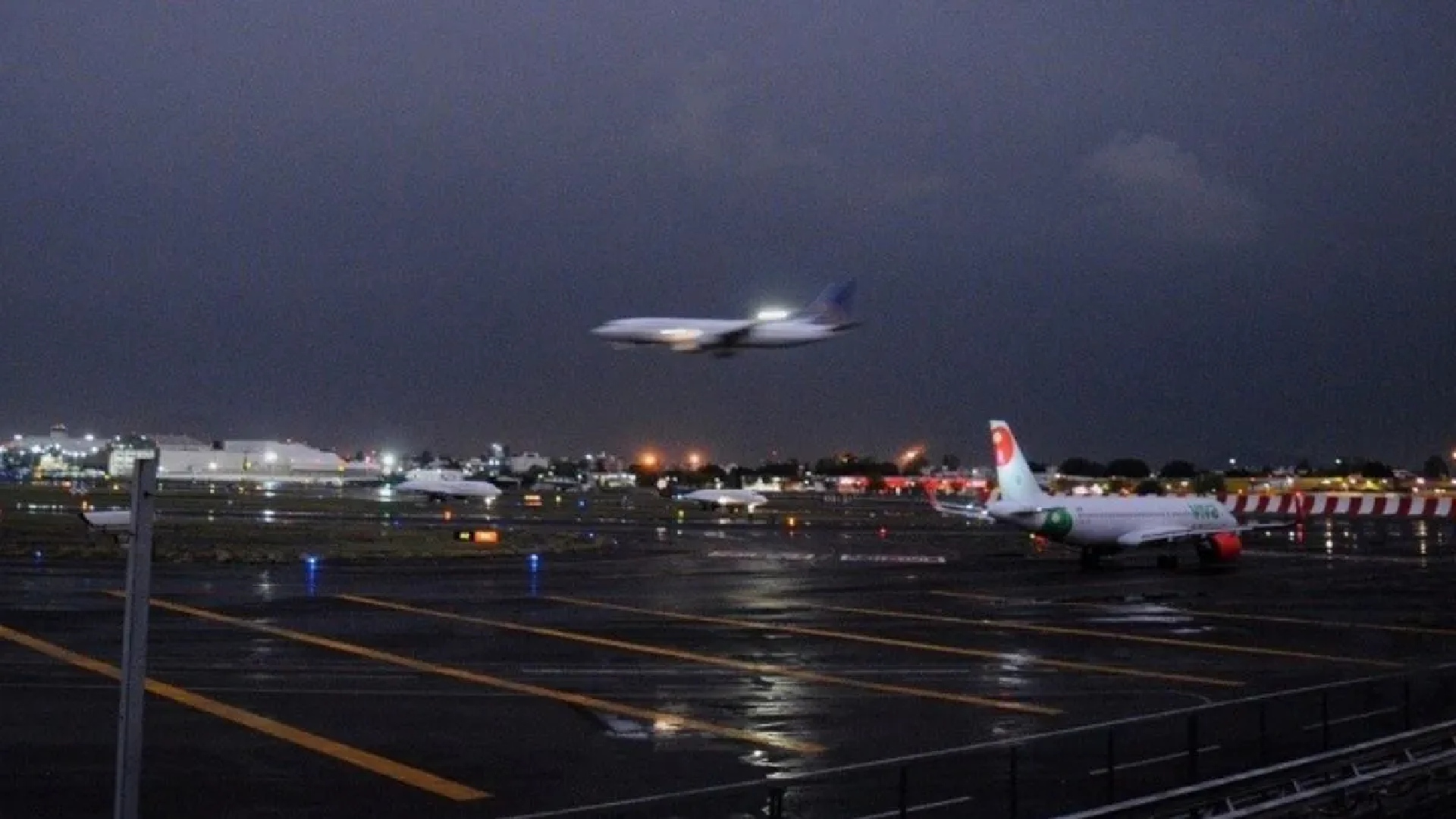 Some airlines that operate in the AICM have also played a decisive role in the controversy as some of them have been reported to Profeco. (Photo: Cuartoscuro)

Although the airport has become the most important connection center for both national and international tourists as well as for the commercial field, its infrastructure and its service have turned out to be deficient and slow for the multiple activities that are carried out there daily.

However, the airlines that operate at the Mexico City International Airport (AICM) have also played a decisive role in the controversy, as some of them have been reported to the Federal Consumer Protection Agency (Profeco) for situations ranging from loss of luggage to racist and discriminatory conduct in which airline personnel have incurred.