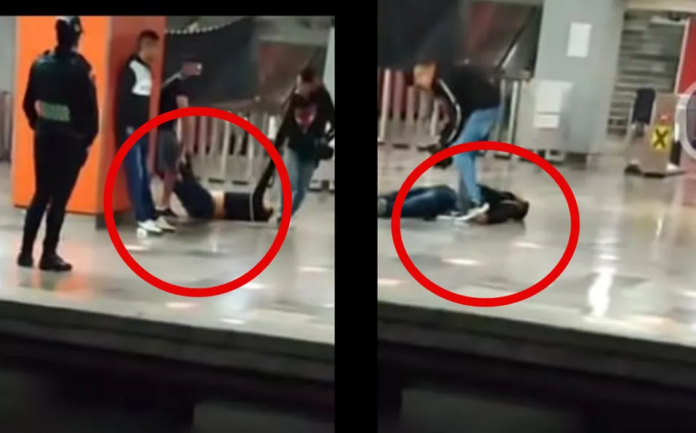 It was through TikTok that the video in which two men try to pull another young man began to spread and go viral.

Real friends don’t leave you alone! Real friends will always try to take care of you. This is even if it is your most embarrassing moment. Such happened with a group of young people who pulled and dragged another young man across the floor of the CdMx Metro because apparently, his drinking had run out. Was he drunk?

It was through TikTok that the video began to spread and go viral in which two men try to pull another young man who appears lying on the ground without being able to move in the facilities of a Mexico City Metro station.

According to what is shown in the clip, the scene apparently took place in the Allende subway in front of a policeman who was guarding the platform. Without him getting involved, he just watches them so that nothing negative happens in the facilities.

In the scene, it was possible to see how one of the young people searches the unconscious person, while another tries to put one of his tennis shoes on him. The viral clip was accompanied by the song “Friends” by SpongeBob, which gave it a comic touch.

Although the video has been applauded, as it shows that the friends took care of the other man despite his condition, some criticize that the young people end up like this. However, for the most part, they applauded that he was not left alone.

“To egg that if they are friends we arrive together and we leave together”; “How beautiful is true friendship”; “Those are friends, not like the ones who left me asleep on the park sidewalk and went to play billiards”; “The policeman believed that they would throw him onto the tracks… he stood in front of him,” reads the reactions.