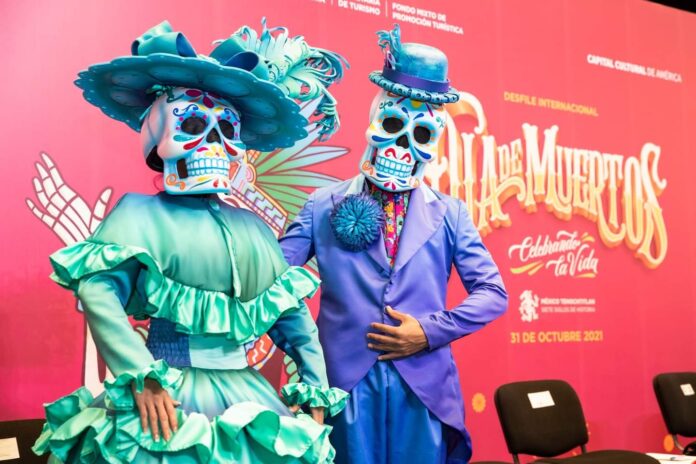 The festivities of the traditional Day of the Dead in Mexico, the period between October 28 and November 2, will leave an expense for consumption of tourist services of 37,722 million pesos (about 1.893 billion dollars), reported this Sunday the Ministry of Tourism (Sectur) of Mexico.

The head of the agency, Miguel Torruco, explained in a statement that during these six days the arrival of 2.16 million tourists to hotels is expected, which compared to the same period in 2019, prior to the pandemic, represents a recovery of 95% .1%, and only 110,000 tourists would be missing to reach the level of that year.

Torruco pointed out that the expense he expects for lodging is 3,434 million pesos (about 172 million dollars) and hotel occupancy at the country level is estimated to be 56.1%, this is an increase of 4.4% compared with the same period of 2021 when the general occupation during these festivities was 51.7%.

The official indicated that it is also expected that this season 2.45 million local tourists will stay in another form of lodging such as visiting family and friends, as well as in second homes.

With this, the expectation is that in total some 4 million local tourists will travel through Mexico.

It is also estimated that another 283,000 tourists, both Mexican and foreign, stay in shared economy accommodations.

Torruco specified that just for the Day of the Dead Parade in Mexico City, to be held on October 29, an occupancy rate of 77.9% is expected, with 78,000 tourists staying in hotel rooms on the day of the parade. .

As well as an expense of 82.9 million pesos (4.1 million dollars) for lodging in the Mexican capital.

Expenditure for tourist services in Mexico City for this parade is estimated at 911 million pesos (45.7 million dollars), and one million people are expected to attend.