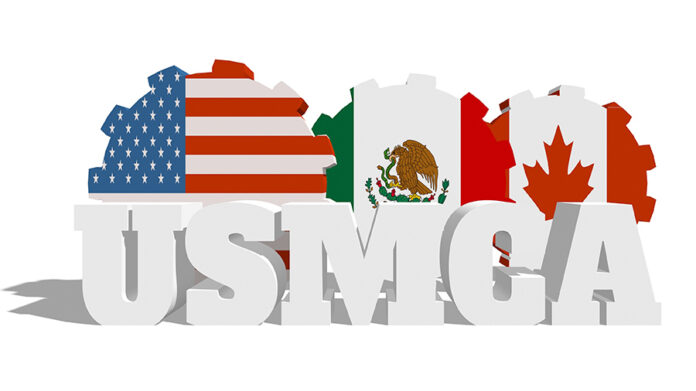 AT ANY TIME the United States will invoke the right it has to take a panel to Mexico for failing to comply with the Free Trade Agreement in energy matters. There is no turning back.

The Biden administration feels cheated by the attitude and the slam of the door that Andrés Manuel López Obrador gave to his own negotiators: Tatiana Clouthier and Luz María de la Mora.

Until last September 28, the day representatives of Ambassador Ken Salazar spoke for the last time with their Mexican counterparts, the talks were on the right track to avoid sanctions.

However, they omitted to say what was irreversible: Clouthier had already put his resignation on AMLOs desk two days earlier because he could not break the resistance of the hardliners.

As we informed you at the time, the daughter of Manuel J. Clouthier rowed against the current Foreign Minister Marcelo Ebrard and Treasury Secretary Rogelio Ramírez de la O, who undermined her leadership.

But Tatiana also succumbed to the pressure of the radical wing of the 4T, made up of a dumbbell that from now on should be seen as the battering rams of López Obrador for what is to come: Rocío Nahle and Raquel Buenrostro.

Nahle came out to block the course of the negotiations that Clouthier and De la Mora maintained for more than a year, which he considered “surrogates” to the interests of the United States.

López Obrador never really agreed to modify his energy policy, so it was not difficult for him to agree with his Secretary of Energy. The problem is that he also always gave the go-ahead to what Tatiana did and the counterpart stayed with that message.

But when he resigned two days before the last communication between Mexicans and representatives of the US embassy ​​and made it public eight days later, Salazar’s people realized that the tenant of the National Palace was giving them the finger.

And it is that the hardening of Mexico already had a name and surname: Raquel Buenrostro, who since September 26 was already known in the presidency huddles that she had come to relieve Clouthier.

In Washington and in the White House they are shrieking with courage at the radical change that is coming in Mexico’s position. They know that the former director of the SAT is coming to burst the negotiation.

The leak of the thousands of documents attributed to a group that calls itself Guacamaya, but that the Secretary of Defense is sure was the work of US agencies, occurred on September 29. It is also a message of America’s hardening.

Here in Mexico, López Obrador continued to stumble: in his morning conference on Friday, October 14, he assured: “They (United States) have decided not to take the step towards a panel and an agreement is being sought, an arrangement, that there is no confrontation ”.

A day later, on Saturday the 15th, the Commercial Representation Office headed by Katherine Tai denied it. And on Monday the 17th, Ambassador Salazar himself did the same.

We are going, then, to an irremediable break with the United States.

THE WITHDRAWAL OF Banorte for acquiring Banamex could already be seen coming. The advisers of the financial group ceased to have information on the process for three months. The families of Carlos Hank González and Carlos Hank RhonThey drew a veil from which, at this point, not even the Board of Directors knows the real causes of the withdrawal. Still, on Thursday, Hank González reiterated to them, given the insistence of information, that they not ask more. And the official statement came out first thing on Friday: “Banorte is not continuing in the process organized by Citigroup.” In the media, there is talk of three reasons, the same ones that we mentioned here exactly a week ago: the cost of firing a third of the employees, the concentration of the Afores market, and restrictions from US financial regulators. But there was a fourth that turned out to be the last straw: the cancellation of a syndicated loan that the Hank family had arranged to shore up its offer without having to dilute Banorte’s capital. The spike in interest rates made it impossible to maintain it and it had to be released. And with that, the operation fell through. He must not have liked the news that Hank González wanted to give toAndrés Manuel López Obrador who did not even take the call on Thursday. So in the final bid for the bench chaired by Manuel Romo only two shooters: Germán Larrea and Daniel Becker.

THE ONE WHO FOLLOWS everything she gives in the pre-campaign is Claudia Scheinbaum. On Saturday the owner of Alfa, Armando Garza Sada, the de facto new leader of Grupo Monterrey in the absence of José Antonio Fernández Carbajal , of FEMSA, organized a meeting again, this time in Monterrey. Everyone attended, except that one, the “Devil”. Over there Rogelio Zambrano from Cemex, Adrián Sada from Vitro, Tomás González Sada from Cydsa, Sergio Gutiérrez Muguerza from DeAcero, Eduardo Garza from Frisa, Enrique Zambrazo from Proeza, Eugenio Garza Herrera from Xignux, Federico Toussaint from Lamosa and Julián Eguren from Ternium.

THE FREE SCHOOL of Law already has a new rector. This is the prestigious litigant Emilio González de Castilla . As we informed you, last Thursday the elections were held in that reputed institution. 132 people participated. Four ballots were annulled. González de Castilla obtained 97 votes. He was running against lawyer Ligia González, who got 31 votes. The new rector, who is in fact an active professor in the department of Civil Law at this school, which has a 110-year tradition, took office as soon as the ballots were counted. He will be the next four years. He replaces Ricardo Silva.

The history of Sonora Grill, from a small taqueria to a valued chain of premium cuts