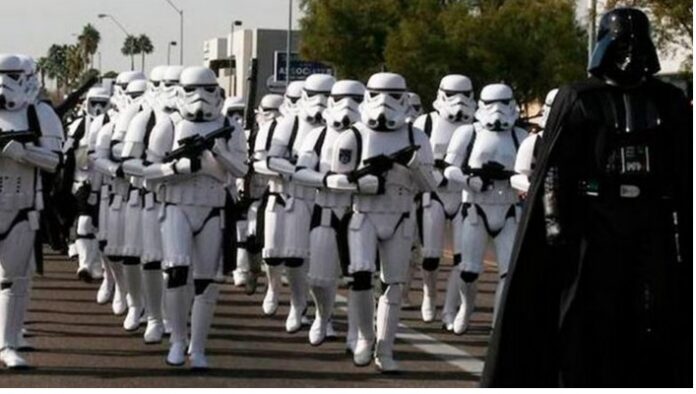 (CDMX October 15th, 2022).- Paseo de la Reforma was the catwalk of an intergalactic procession of Star Wars enthusiasts dressed up as characters from the saga such as Darth Vader, Luke Skywalker, Princess Leia, and Chewbacca.

The parade was organized by the 501st Legion Mexican Garrison, said to be the world’s largest Star Wars fan club.

Starting from the Angel of Independence, participants made their way through the heart of Mexico City to the Revolution Monument along a route lined by thousands of people of all ages.

Spectators snapped photos and some got into the spirit of the event by wielding light-sabers in mock combat, while enterprising vendors took advantage of the turnout to hawk Baby Yoda figures and other Star Wars merchandise.

All three trilogies of the franchise that made its debut in 1977 were well represented.