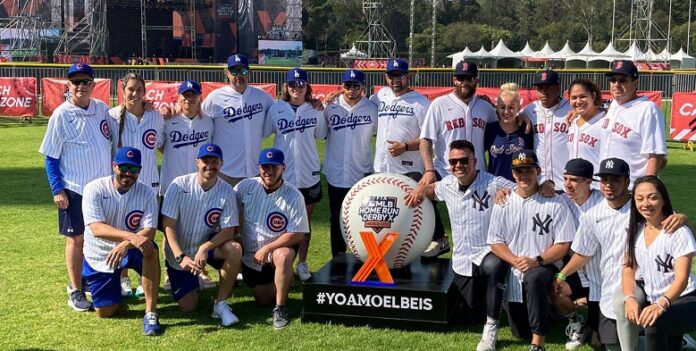 On Saturday, October 15th, Major League Baseball put on a star-studded show and hosted a very Mexican version of the Home Run Derby in Mexico City.

On Saturday, October 15, the Home Run Derby X was held in Mexico City, where great sports personalities hit home runs in a real show for the fans.

More than 10,000 people attended Campo Marte, according to Rodrigo Fernández, director of the MLB office in Latin America.

The MLS gave away 300 baseball gloves to the first 300 children who came to Campo Marte to enjoy the show.

This event was made up of 4 teams with their captains, which are the Los Angeles Dodgers with Adrián González, the Yankees with Nick Swisher, the Chicago Cubs, with Geovany Soto, and Jonny Gomes of the Red Sox.

In addition, other Mexican and world sports figures participated, with which they will compete to hit the highest number of home runs and thus be crowned in this edition of the Home Run Derby X of Mexico City.