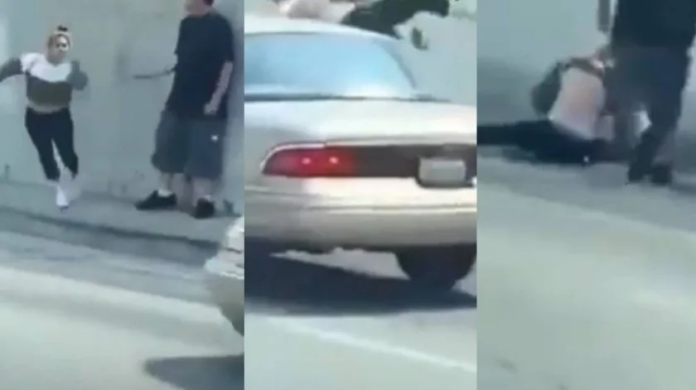 The woman throws herself onto the road being hit by a car.

CDMX: Through social networks, a recording was released that has unleashed a wave of comments on social networks, and is that some netizens point to the protagonist as a  “toxic girlfriend”  or even as an excellent actress.

On Twitter, a person shared the exact moment in which a woman fights with what appears to be her partner, and when she takes them from losing , she throws herself on the road and is hit by a car.

WHAT HAPPENED TO THE WOMAN?

After launching, the woman flies out and hit the sidewalk and then sits on the edge of the street, apparently breaking her legs or hip.

Calmly, as if it were not the first time she did it, her partner approached her to see if something had happened to her and although she did look hurt, only a car passed, which helped her not receive another impact.

However, in the video shown, the car that ran her over went by and did not stop her way, it is unknown if the woman had to receive medical attention because the clip cuts quickly.

The clip earned various ridicule, as the scene was compared to the Mexican soap opera starring  Maite Perroni, ” Careful with the Angel “, in which the moment in which the protagonist throws herself onto the road after arguing.