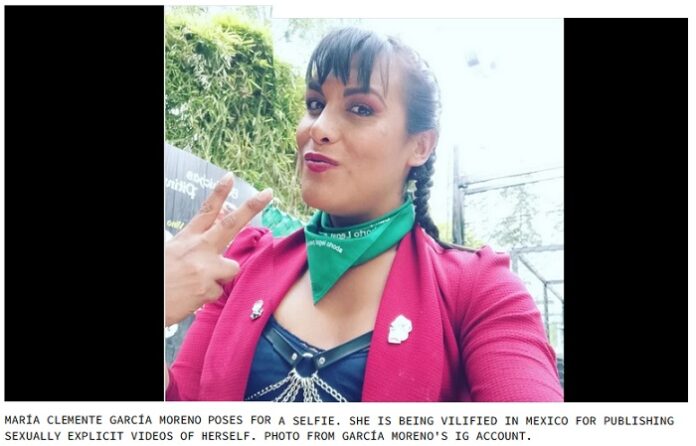 A transgender politician in Mexico’s ruling MORENA party is under fire for posting pornographic videos of herself on Twitter.

But María Clemente García Moreno—a federal deputy in Mexico City who made history in 2021 when she and another politician became the first trans people elected to the country’s congress—also moonlights as a sex worker and contests that it’s within her rights to post whatever she wants.

“I have human rights, I have the right to the free development of my personality, I have the right to the free self-determination of my body,” García Moreno told VICE World News. “The constitution, human rights, and the federal labor law in Mexico support me in exercising my rights, in the performance of sex work in any form, which can be the creation of pornographic content for digital platforms.”

Twitter is one of the only widely used social media sources that allow users to post sexually explicit videos and has become a popular platform via which sex workers advertise their services and post content. And García Moreno said that she posted the videos for the same reasons as other sex workers use Twitter: “To get more clients.”

The videos, posted over a three-day period beginning on September 30, started with one of a man’s erect penis, which she captioned in Spanish: “This is the first that I’m going to show you how I suck it like the popsicle that my dad bought me when I was a girl and took me to the park.”

The following day, she posted a graphic video of her performing oral sex on a man, writing, “This Papacito came by very tired from work and I gave him a few sucks and a massage so that he could arrive at his home relaxed. Uff” with the hashtag #TransIsHot.