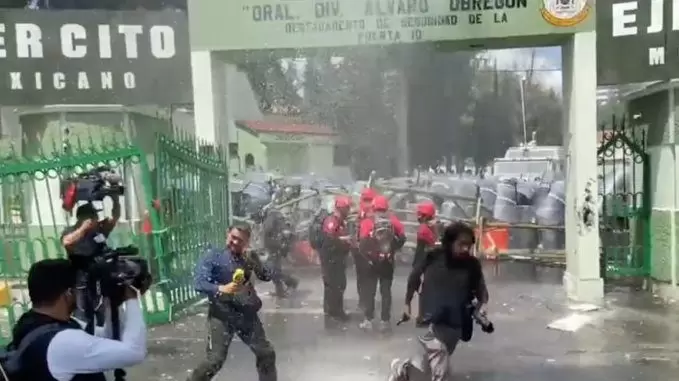 The demonstration for the eighth anniversary of the disappearance of the 43 normal students from Ayotzinapa, in Iguala, Guerrero, ended with attacks by groups of young people who used firecrackers, stones, and Molotov cocktails in Mexico City.

According to the authorities, as a result of the launch of firecrackers, rockets, Molotov cocktails and stones inside the military complex, 39 elements were injured. Twenty-one from the capital police, 13 from the National Defense and five from the National Guard.

Likewise, the unit pointed out that “the security forces did not respond to any aggression, they only carried out containment tasks, thus avoiding any confrontation.”