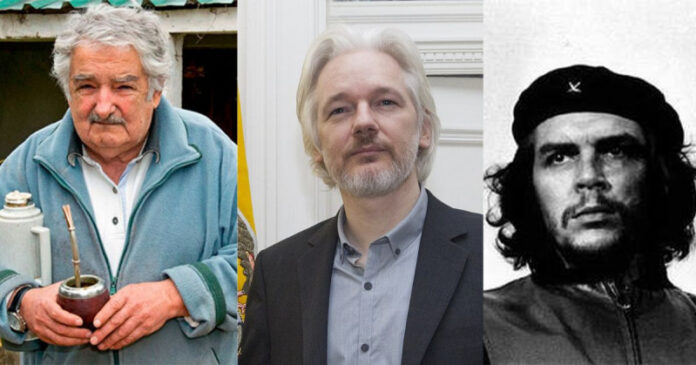 Former Uruguayan President José “Pepe Mujica” (2010-2015), the family of Wikileaks founder Julian Assange, and Aleida Guevara, the daughter of “Che” Guevara, have confirmed their attendance at the national holidays in Mexico, López revealed on Wednesday.

The president exhibited in his morning press conference a list of guests to the Cry of Independence on September 15 and the commemorative parade on September 16, in which Mujica, Guevara, and Gabriel, and John Shipton, the brother and father of Assange.

” There are about 15 guests who will accompany me in the cry and also in the parade,” said López Obrador.

The president commented that he also invited Martin Luther King III, in addition to his wife Andrea Waters and his daughter Yolanda.

He also reiterated that the presence of the musical group Los Tigres del Norte and of Evo Morales, former president of Bolivia (2006-2019), has already been confirmed.

Among the guests who have not confirmed their presence are the family of César Chávez, the late fighter for the rights of Latino workers in the United States, as well as the family of Nelson Mandela, the late former president of South Africa.

Likewise, the Mexican ruler invited the philosopher Noam Chomsky, the Dalai Lama, and the Prime Minister of India, Narendra Modi, who have not confirmed their attendance either.

While the American priest James Martin, known for his support of LGBT pride and other social causes, declined his invitation for other commitments.

The Shout of Independence ceremony, which commemorates the beginning of the struggle to become independent from Spain that the priest Miguel Hidalgo called in 1810, has raised expectations this 2022 because it will be the first time it has happened on a massive scale in two years.

The previous two years there were restrictions due to the covid-19 pandemic, but now López Obrador has promised a “party for everyone”.