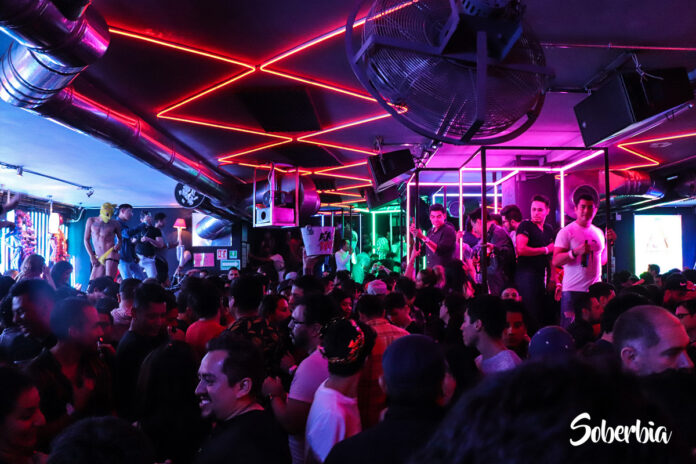 A trans girl shared a public complaint on Twitter about having been discriminated against in a well-known LGBT bar in CDMX.

A trans girl has been discriminated against in one of the most famous LGBT bars in Mexico City. This has caused the alarms to go off on social networks, because for the Community, finding safe spaces has not been easy, and represents a struggle of many generations.

The fight against discrimination against people from the LGBT community has been a fairly recurrent issue in recent years. This is because, with the arrival of social networks, more and more people are no longer afraid of expressing themselves as they really are.

Many brands and consultants have joined this fair for respect and inclusion, who have tried to raise awareness about the hatred that exists in the world towards the community.

The work behind the abolition of hatred towards any minority has been quite extensive, and the rise in acts of inclusion has been seen, for example, in the increase in screen time in the cinema of people belonging to certain marginalized groups, or in the inclusion of new spaces so that more people like Harvey Milk, the first openly homosexual politician, can hold public office without fear of hatred or reprisals.

This graph shows the percentages of the most discriminated group of people in Latin America by country.

It can be seen that, although homosexual people do not represent the majority of this graph, the “others” section, where gender identities could also fit, is one of the broadest spectrums of the study.

A Trans girl is discriminated against in a bar in Mexico; “Are these our safe spaces?”

Recently, a complaint made by a user named Victoria was shared on Twitter, who revealed that she had been discriminated against in a well-known bar located in Mexico City, called ‘Soberbia Bar’.

“They just discriminated against me at @Soberbia_Bar, the security guard called me by my dead name , I told her my name is Victoria and she answered “Well, you have to correct your INE”. Are these our safe spaces?”

As a result of the  shared tweet, some users even questioned the authorities such as the Council to Prevent and Eliminate Discrimination of Mexico City (COPRED), with the aim of denouncing the safe spaces that have been generated in the city for so many years. , as well as the personnel they hire in their establishments.

These are some of the comments about the event:

At the moment, no statement has been presented by the bar, however, it should be considered that this is not the first time that there has been a case of discrimination in Mexico City. For example, a month ago a case went viral in which the owner of a home asked for photos of his potential tenants to see what they “match with his residential profile.”

Although this issue is far from being resolved, and surely it will not be resolved with discussions on social networks, the ability to debate these events and talk about the path towards true inclusion opens the door for institutions, companies and organizations with powers media broadcast a much stronger and more honest message of inclusion.