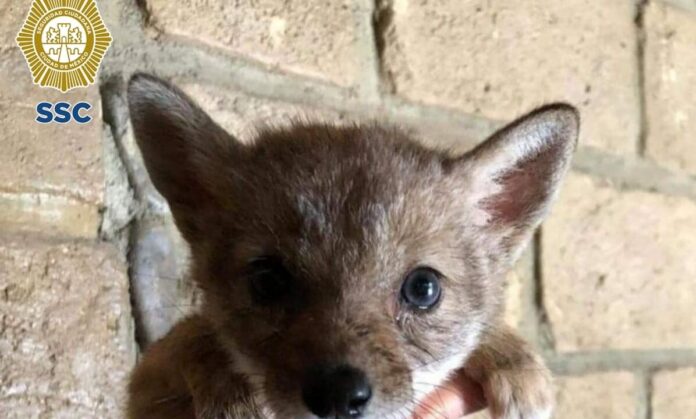 The Secretariat of Citizen Security (SSC) released a statement informing that agents of the Animal Surveillance Brigade rescued a coyote pup that was wandering on the streets of Azcapotzalco, Mexico City.

According to the testimonies of the witnesses, a couple of uniformed policemen were walking at the intersection of Calle Castilla Oriente and Avenida 22 de Febrero when they were intercepted by an inhabitant of the Centro de Azcapotzalco neighborhood.

The woman said she had found the puppy and captured it to keep it safe from being run over by a car or attacked by stray dogs (that are abundant in the area).

Afterward, the help of the Animal Surveillance Brigade was requested, which was in charge of taking the little animal to the Coyotes Zoo, located in the Coyoacán district of Mexico City.

Finally, the zoo authorities stated that the baby coyote would undergo a series of check-ups by the institution’s veterinary team in order to recognize its vital signs and rule out that it needs any type of special care.