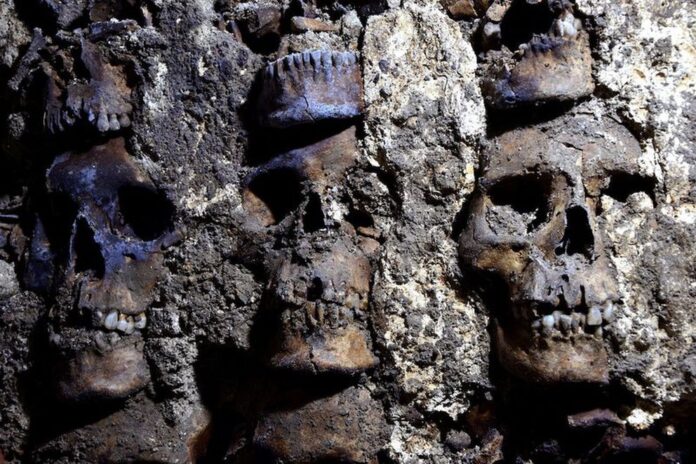 Four children in Mexico were buried in the years after the Spanish Conquest with rituals and grave offerings that suggest that pre-Hispanic customs lived on for some time after the Aztec empire fell.

The National Institute of Anthropology and History said Monday the burials of children ranging from a newborn to a girl aged between 6 and 8, were found in a working-class district just north of Mexico City’s historic center.

When the Spanish conquered the Aztec capital in 1521, they quickly expelled the Indigenous Mexica population to the city’s edges, reserving the center for the homes of only Spaniards.

The youngest, the newborn, was buried inside a pot, with other pots around it. The bulbous shape of the pot was thought to imitate the form of a uterus, and it was not clear if the child died before or after birth.

Another offering found at the site included the bones of a bird in a ceramic pot with blue coloring, associated with water.

The older girl was buried with a large clay Aztec-style figurine depicting a female figure holding a child. Her skull showed signs of possible anemia, malnutrition, or infection, signs that suggest life was hard for the Indigenous population in the years following the conquest.

In December, archaeologists announced they had discovered another house site on the outskirts of the city’s center where 13 large clay ceremonial Aztec incense burners had been carefully buried, again after the Conquest, suggesting that pre-Hispanic beliefs and customs lasted on for some time.

The incense burners had been carefully buried in a pattern that may refer to the Aztec calendar and were covered with adobe bricks as if to hide them.