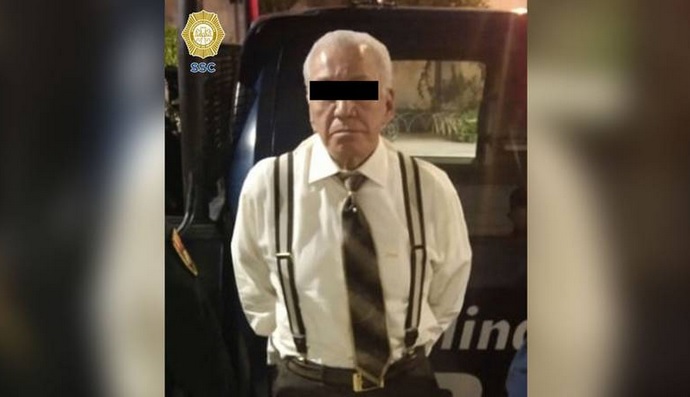 The Ministry of Citizen Security assured that the man has been detained and will be investigated under the femicide protocol.

Authorities from Mexico City arrested the alleged femicide who murdered his wife by shooting her three times in Colonia del Valle. The events occurred at the Suntory Japanese food restaurant.

The Secretary of Citizen Security, Omar García Harfuch, said on Thursday, June 23rd, that the man was arrested along with his driver, who was with him after the attack.

The aggressor was identified as Jesús Hernández Alcocer, 79, who was arrested at the scene while trying to flee and transferred to the public ministry agency where his legal status will be defined by the corresponding authorities.

According to the first reports, the victim was a 21-year-old woman, who lost her life after an argument that ended with the detonation of a weapon, the above according to a witness, who told Foro TV that the events occurred in a matter of seconds and that when the emergency services arrived it was too late to save the woman’s life.

The Secretary of Citizen Security later confirmed the death of the 21-year-old woman, who was identified as the wife of the 79-year-old aggressor.

The Attorney General’s Office of Mexico City reported that an investigation folder has already been started under the femicide protocol and that the ministerial staff of the investigative police is already working on the case.