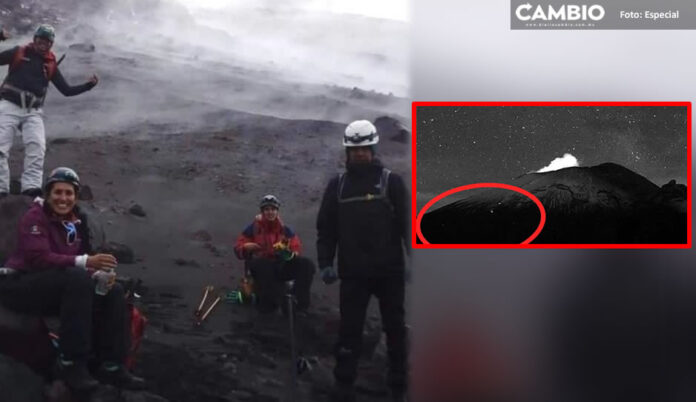 Puebla state authorities confirmed that an explosion in the Popocatépetl volcano left a dead climber as a result.

Ana Lucía Hill Mayoral, Secretary of the Interior of the state of Puebla, explained that the non-professional climbers climbed Popocatépetl on the side of the State of Mexico, being abandoned by the guide who accompanied them.

“We know that last Wednesday four people from Tlalmanalco, in the State of Mexico, climbed the volcano. They approached a very dangerous area, they were 300 meters from the crater”, he pointed out.

It is said that at dawn between Wednesday and Thursday, the guide who accompanied them left them abandoned in the area. Yesterday afternoon, assistance was received at the Amecameca Command Center and the coordination protocols that exist on the part of the Izta-Popo National Park were automatically activated Around 01:00 today they were identified, the climbers were overtaken and they began their descent,” he said.

Hill Mayoral explained that the climbers were taken to hospitals in the State of Mexico, where the death of a 25-year-old woman was confirmed.

At 08:20 a.m. they arrived at Paso de Cortés and were transferred to Edomex hospitals and effectively reported the death of one of the climbers, a 25-year-old woman who accompanied them,” he said.

Popocatépetl: Are there warnings for climbers?

Since October 2019 on its website, the National Center for Disaster Prevention (Cenapred) published a warning for climbers to avoid approaching less than 12 kilometers from the crater.

The volcano restarted its eruptive activity in December 1994, for which the Civil Protection authorities implemented the volcanic alert traffic light, to protect people’s lives, since the explosions expel rocks with temperatures above 1000 degrees Celsius.

“Do not risk your life. Respect the restricted area of ​​12 kilometers of access to the volcano”, reads the message published by Cenapred.

In addition, Cenapred reported that on April 30, 1996, five climbers died after exceeding the restricted area and being hit by incandescent fragments.

VivaAerobus cancels flights to Ciudad Juárez due to cartel violence

VIDEO: Tourist scammed by bicicab swindlers in CdMx over charged 1,700 pesos for a tour