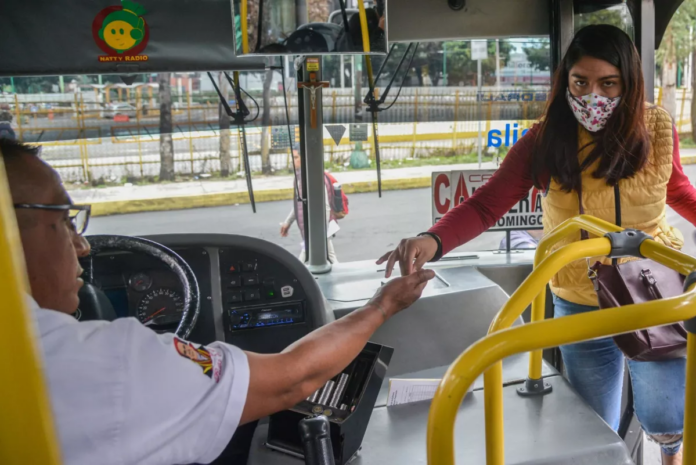 From 6 to 14 pesos transportation in Mexico; but up to 56 and 63 in other countries

Experts consulted assure that concession transport in Mexico is very accessible and that the adjustment of a peso in CDMX will not greatly impact the pockets of users.

Despite the fact that the concession transport union in Mexico City requested an increase of three pesos to its rate on its various routes since January 2022, capital authorities only authorized one peso, which came into force on June 15. The carriers argued that their request corresponds to an inflationary adjustment that has not been granted for years, in addition to the high costs of fuel and maintenance.

For their part, the government and mobility secretariats, both from Mexico City, assured that to achieve an increase, the sector had to meet 15 points in terms of image, documentation in order, and improvement in service, among other issues, but how is the transport concession in other entities of the country and the world?

Transportation CDMX vs. other states

With the increase of one peso to concessioned transport, Mexico City remains the entity with the lowest rate at the national level. The previous rate of 5 pesos had been approved in 2017 by Miguel Ángel Mancera.

The transport units in the cities of Campeche and Chetumal, Quintana Roo have a cost of seven pesos per trip and seven pesos and fifty cents in Mérida, Yucatán.

According to the Ministry of Mobility of Mexico City (Semovi), the average rate throughout the country is nine pesos.

Among the most expensive cities to travel is the State of Mexico, with a minimum rate of 12 pesos, which can reach up to 26 depending on the kilometers traveled.

Another important case is Monterrey, with a rate of 12 pesos per trip; They are followed by Torreón Coahuila, with 13 pesos, and the highest in the country are Mexicali and Tlaxcala, with 14 pesos.

Víctor Alvarado, responsible for the area of ​​mobility and transport of the civil association El Poder del Consumidor, points out that the adjustment of one peso to the concession transport rate balances inflation and current fuel costs this year.

He considers that the fee is reasonable and does not have a large-scale impact on users’ pockets.

“The impact is not going to be to all users, to some people yes, without a doubt, it will end up affecting them because it is a weight that could be transformed into a round trip of two, four or six pesos more than they came normally spending to get around, but not all users make multiple transfers,” he explained.

But the transport sector said it was dissatisfied with the rate endorsed by the authorities since one peso does not solve the lag that both the concession holders and the drivers themselves have had for years.

“We asked for three pesos, we are a very punished union, I wish we had the same treatment as public transport such as RTP or trolleybuses, which can keep a low price, but because they have a subsidy from the government,” Francisco said in an interview. Carrasco, spokesperson for the Broad Front of Carriers organization.

In various cities around the world, concession or public transport works through a card, similar to the one used in Mexico City (integrated mobility) and the trip can be paid for in one unit or, for those who are constant users, they can buy a subscription of seven or 30 days, which allow users to save up to 40%.

In New York, United States, the cost per trip on public transport buses is 2.75 dollars or the equivalent of 56 pesos.

In the case of Berlin, Germany, the cost of the bus trip is 3 euros, or 63 Mexican pesos, in London, England the bus ticket is 1.65 pounds sterling, which is equivalent to 41 pesos.

In Latin America, the Bogotá Urban Transport Integrated System (SITP), which are buses with various routes, has a price of 2,450 Colombian pesos, which is equivalent to 13.75 pesos.