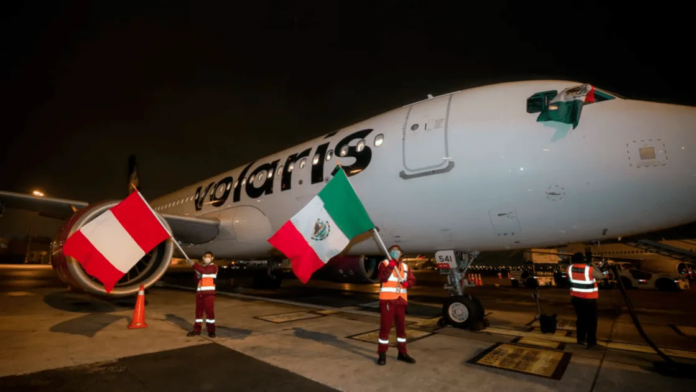 Volaris explained that it will operate in Lima, Peru, with two planes and will offer more than 25,000 seats per month.

The low-cost airline,  Volaris, announced on Thursday the start of operations in Peru with flights to and from Lima to Mexico City and Cancun.

Volaris said in a statement that it will operate in Lima with two aircraft and offer more than 25,000 seats per month to boost the air market with the lowest base fares.

“We want to be part of the transformation of commercial aviation in Peru, while we expand in South America our successful business model that democratizes the skies so that more people travel well,” Volaris Executive Vice President Holger Blankenstein said in the statement.

Volaris, the largest airline in Mexico by passenger transport, currently has routes in Central America to Guatemala City, San José and San Salvador.

The Peruvian commercial air market is dominated by Latam Airlines, the largest air transport group in Latin America with international operations within the region and to Europe, the United States and the Caribbean.

Sectur seeks flights from India and Guatemala to AIFA

Mexico City unmissable things to do when you visit