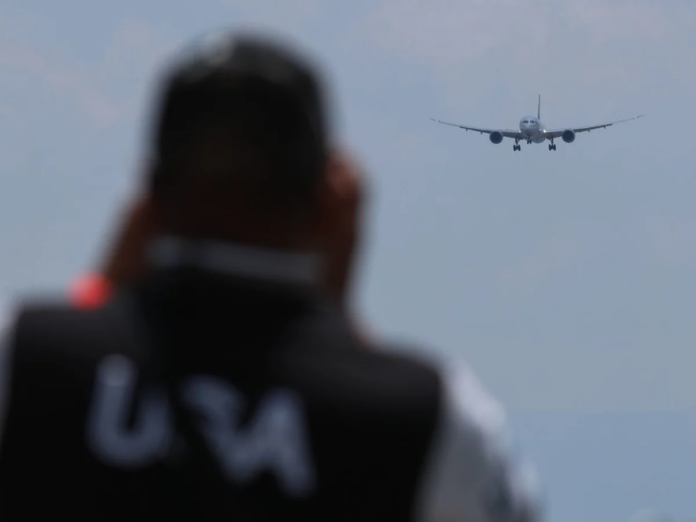 The Aeromexico plane from Colombia tried to land twice at the AICM, without success.

The messes in the airspace do not stop at the Mexico City International Airport (AICM), because this Wednesday a new incident was recorded when an Aeromexico flight from Bogota, Colombia had to abort its landing twice in one of the tracks of Terminal 2.

The incident would have been recorded on Aeroméxico flight 762, coming from Bogotá, around 8:25 p.m. (local time), at which time the plane was preparing to deploy the landing gear, but suddenly it rose again to maximum power, reported two journalists from the newspaper El País who were traveling on board.

The crew assured that they could already see the hangars and disembarkation doors when the plane took off again and that it took another 20 minutes to get back on track to touch down at the AICM.

The new incident would have been generated due to the saturation of the runway at the time the first landing was attempted, one of the pilots confirmed to the passengers.

Through his Twitter account, the user Ciro Di Costanzo shared a video with the air route followed by Aeroméxico flight 762 and assured that there were two times that the plane had to abort its landing.

This would be the second incident at the AICM that is recorded in less than a week, after last Saturday, May 7, a Volaris plane landed on a busy runway, which generated strong criticism of the airspace design after the inauguration. from Felipe Angeles International Airport (AIFA).

Although no mishap was reported, the incident led to the resignation of Víctor Hernández, head of Navigation Services in the Mexican Air Space (Seneam) and a cap on flights from the AICM.

Added to these incidents are another 17 ground impact warning events recorded in the AICM by a group of airlines led by the International Air Transport Association (IATA).

Close calls have been constant at the AICM