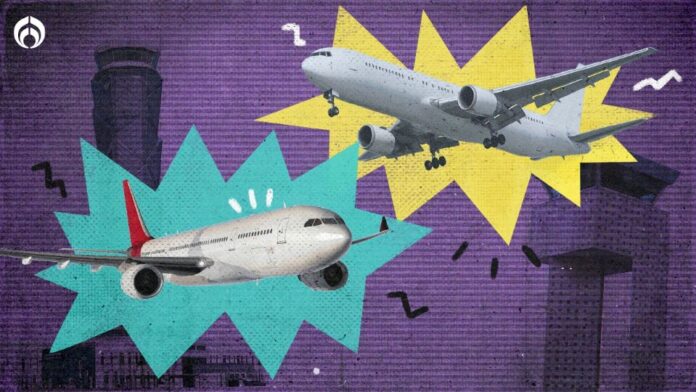 Various pilot associations, including IATA, warned of risks due to operations at the AIFA and AICM.

According to the letter that a group of airlines headed by the  International Air Transport Association  (IATA) sent to Mexican aeronautical authorities, the AICM registered at least 17 warnings as part of an alert system that notifies when an aircraft is in danger of crashing into the ground or another obstacle.

The airlines highlighted that the main factor that contributed to these events was the lack of compliance with communication protocols between flight crews and air traffic controllers on the ground.

To this warning would be added that of the International Federation of Air Line Pilots Associations (IFALPA, for its acronym in English) on May 5 about aircraft that have arrived at the AICM with low fuel levels due to delays or deviations when landing , events registered after the opening of the AIFA.

“It would seem that they apparently received little training and support on how to operate this new configuration in the airspace,” IFALPA said in a statement.

Due to this situation, the press secretary of the Trade Union Association of Aviator Pilots of Mexico (ASPA), José Suárez Valdés, stressed the need to propose new schemes to configure the airspace and prevent further incidents in the AICM.

“New airspace schemes must be proposed because what they did right now was fill it with routes, both arrivals and departures in the Valley of Mexico and the surrounding area, in order to accommodate the airports and a new configuration must be proposed,” he said in an interview. with Ciro Gómez Leyva in In the Morning.

Although the federal government initiated the strategy to redesign the airspace on March 25, through the implementation of new landing and takeoff routes in the AICM, the pilots consider that this has not been effective.

Suarez noted that ASPA warned that the airspace redesign would work “very well” on paper, with normal winds and weather conditions; however, everything gets complicated during the rainy season.

The ASPA secretary indicated that he has already met with the Infrastructure, Communications and Transportation Secretariat (SICT) to discuss the issue, which concerns pilots around the world, and so far the agency has shown openness to resolving the reports and improving the air conditions of both the AIFA and the AICM, to avoid incidents.