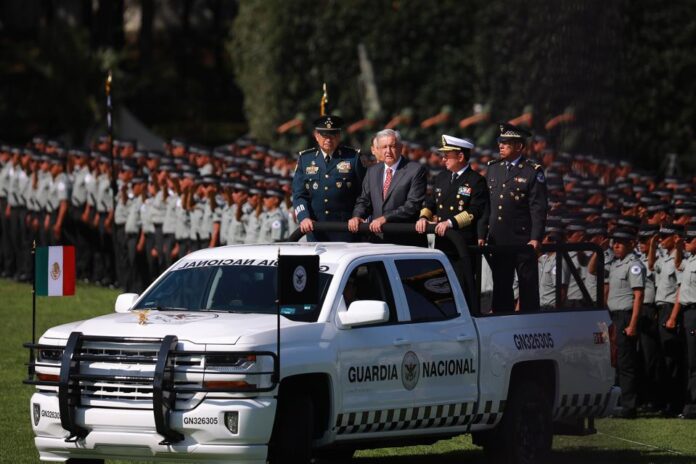 The Mexico that he knew and the political system that formed him and gave sustenance to his ideology no longer exist.

Fate has laid a political trap for López Obrador. The Mexico he knew and the political system that formed him and sustained his ideology no longer exists. The wind took them. Globalization, trade agreements, and neoliberalism erased that past. Now it’s just memory and longing.

He lived and was educated in the country of revolutionary nationalism and the PRI. He was president of this party in Tabasco, he composed a hymn for it and fought to transform it, but local interests and chieftainships prevented him; he resigned, left it, and went to the political opposition.

In the trench of the opposition, he found his reason for being and the defense of the values ​​of revolutionary nationalism against the principles of the neoliberal governments, which he described as neo-Porfiristas.

The lack of internal democracy in the PRI and its lack of capacity for change caused its dismemberment, first with the emergence of the Democratic Current and later with the creation of the PRD. Without a doubt, also trained in the same culture.

Deep down, the PRI supporters share many of Morena’s approaches and, in turn, many morenistas yearn for that past. Origin and destiny mark their mark and political proceeding.

We must not begrudge López Obrador’s merits for his political struggle of resistance and denunciation of the corruption, impunity, and lack of results of the neoliberal governments. His position was clear and forceful. He did not deceive anyone. After 18 years of struggle, he won the Presidency of Mexico because the people were simply fed up.

Revolutionary nationalism not only created a political culture that transcends generations and penetrates the consciousness of society. It is largely the builder of modern Mexico and the one that gave it peace and political stability for several decades. Some ideas continue to move consciences: staunch defense of national sovereignty, state intervention in the economy, the governing government of politics, nationalizations and expropriations of strategic sectors (oil and electricity), protectionism for Mexican companies (import substitution), defense of the national heritage and against privatization, price regulation and control, alliance and sympathy with leftist or populist governments and distance from the northern neighbor.

This catalog of political principles, without fear of being wrong, is the president’s doctrine and gospel. Here is the problem we are in another time and in another reality. However, at the beginning of this government, progress was made with this criterion: the creation of the Banco del Bienestar, the Internet company, Segalmex, and now the purpose of modifying the Constitution for the electrical and political reforms.

Today’s world is radically different from the past. Globalization and trade agreements are the instruments of modernity and the governments of the hegemonic economies and international corporations are the custodians of the application of this policy.

This environment and the national and international reality do not favor the course of the current government. Furthermore, time becomes an adversary of politics. Two and a half years after the end of the six-year term, there is a deterioration of the presidential figure, the resurrection of the affected interests, the revenge, and the settling of scores in his six-year term.

Under these conditions, it is difficult for presidential reforms to pass. Skirmishes and Pyrrhic victories lie ahead. The opposition is firm and ready to fight. The alliance parties are against the initiatives of the Executive. The PRI smelled blood and its president Alejandro Moreno went for the president’s jugular; was clear and decisive: the PRI deputies will vote against the electricity reform initiative. Signs of the times. This positioning will add support to the PRI from nationals and foreigners, and of course, the United States on the presidential succession.

Time ran at high speed, imperceptible. The best opportunities for transformation were not taken advantage of. The great hope was gone. It was expected to move the government structures, shake the rotten tree, burn the moth and what does not work. Thoroughly combatting corruption and impunity, security and economic growth are pending issues.

The cauldron of politics is heating up. The president’s speech is radicalized and in open defiance of those who oppose his reforms. He goes with everything and against everyone: the Supreme Court of Justice, electoral bodies, political parties, the United States, national and foreign businessmen.

In politics, form is substance, said Don Jesús Reyes Heroles. Events are happening in our country that violates the legal structure and the forms that can disrupt citizen trust and poison both the electoral process and the democratic life of Mexico are not taken care of.

Can technology help to find 110,000 people reported missing in Mexico?