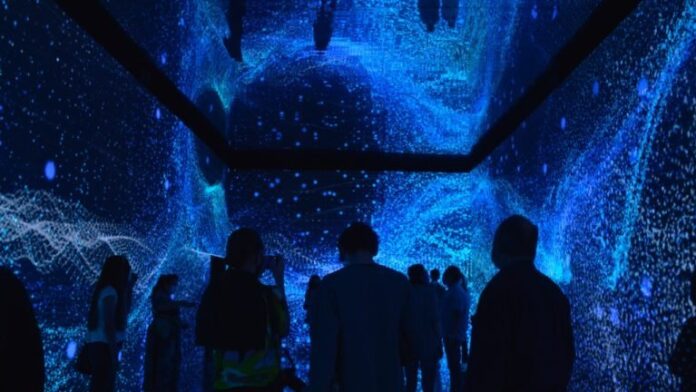 Coldplay is gone, but the capital of Mexico still has many proposals to surprise visitors and locals.

With the arrival of great musical theater productions, as well as a look at the future of art, the weekend in Mexico City offers an enriching artistic and cultural proposal.

Over the next few days, the best of international cinema will once again permeate the nation’s capital with harrowing stories, to delight moviegoers with its best offerings.

While –with the departure, finally!, of Coldplay from the country– the international concert scene seems to give Mexico City only a couple of weeks of respite. Meanwhile, here are some proposals to enjoy this weekend: April 8 to 10, 2022.

1 ) The Museum of the Future

From this April 7 and until July 3, 2022, immersive experiences of contemporary art can be lived, which make use of interaction, technology and large screens to awaken the five senses of the attendees. This is achieved through design installations, NFTs and LED sculptures. The MUFO is located in the Old Reforma Hotel.

2) Charlie and the Chocolate Factory

The musical that has been a great success on Broadway arrives in Mexico City with a great production. It will only have eight presentations from April 6 to 10, which will take place at the Teatro 1 Cultural Center. It is noteworthy that the work is spoken in English, although it has subtitles.

The Cineteca Nacional will once again exhibit the best of world cinema between April 8 and 25. During these days, a total of 14 titles from countries such as the United States, Germany, Russia, France, and Japan, among others, will be screened. The Mexican film ‘Nudo mixteco’ will be in charge of opening the festival, which will also have other venues such as independent cinemas and commercial theaters of Cinépolis and Cinemex.

4) Faces and portraits: Expressions in volume

The sample of 121 pieces by 70 artists contains a nucleus that takes up the characters of the mural Dream of a Sunday Afternoon in the Alameda Central. The exhibition is presented at the Diego Rivera Mural Museum. The works on display –in materials such as wood, stone, plaster, jade, and bronze, among others– come from 41 private collections and 15 institutional collections. It will conclude until August 7, 2022, in Mexico City.

The Mexican group will offer the concert ‘Contemporary Visions of the Third Root’ this Saturday, April 9, in the Main Hall of the Palace of Fine Arts. This will seek to pay homage to the Afro-Mestizo roots of Latin music.

These are some of the best proposals that await in Mexico City for this weekend.