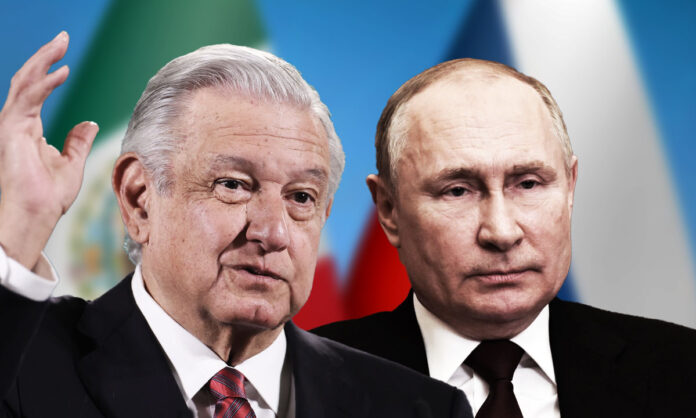 Mexico City. The Ukrainian ambassador to Mexico, Oksana Dramaretska, asked the government of Andrés Manuel López Obrador to reconsider her relationship with Russia after the Ukrainian administration accused the Russian military of executing civilians in Bucha.

Meanwhile, the embassy of the Russian Federation in our country ratified Moscow’s line by affirming that the images in that locality “are another staging” of the kyiv regime and denied that its soldiers perpetrated the murders.

As the images of murdered civilians spread, many of them with their hands tied behind their backs, Ambassador Dramaretska sent the following message to the Mexican president on social networks.

President @lopezobrador_: Do you really want to continue friendly relations with the genocide in the Kremlin after this? The whole world is coordinating efforts to bring Russia to justice. We need the support of Mexico.” In that tweet, he also captivated Foreign Minister Marcelo Ebrard Casaubón.

The diplomat asserted that Ukrainian soldiers liberated Bucha, a town near the capital kyiv, where citizens were reported shot to death. Consistent with President Volodymir Zelensky’s reports, she claimed that Russian troops “shot” civilians during the takeover of the city.

“The Bucha massacre was deliberate. The Russians aim to eliminate as many Ukrainians as they can. We must stop them by applying devastating sanctions now: Embargo on Russian oil, gas, and coal. Close all ports to Russian ships and goods and more.

“Following the mass killing of civilians by the Russians in Bucha, politicians who oppose supplying Ukraine with necessary weapons or imposing new sanctions will be held morally responsible for all subsequent casualties,” he said.

On its side, the Russian embassy in Mexico expressed the Kremlin’s position in three tweets. In one he denied that what happened in Bucha was the responsibility of his nation’s soldiers and described it as a “set-up” of the Zelensky regime.

He stressed that Moscow has officially rejected the accusations “of the alleged ‘massacre’ in this city” and even yesterday at the United Nations Security Council his representative requested a session to address the “assembly”, a meeting that was not authorized by the Kingdom. The United Kingdom, which chairs this instance this month, so today Russia would once again insist that the issue be discussed.

The Russian embassy also used social networks to give its chronology of the events in Bucha in which it noted that once its troops left that town, its mayor, Anatoli Fedoruk, did not report civilian casualties:

On “March 30: withdrawal of Russian troops. March 31: The mayor of Bucha publishes a video without mentioning any massacre. April 3rd: #Ukrainian Defense Ministry talks about Russian atrocities,’” he tweeted, accompanying the post with Fedoruk’s video in which he makes no mention of civilian killings.

Telcel crashes throughout Mexico, what we know about the failures of its service

Video: “It was a deathly silence”: Passenger narrates the anguish before of near-collision at CDMX aiport