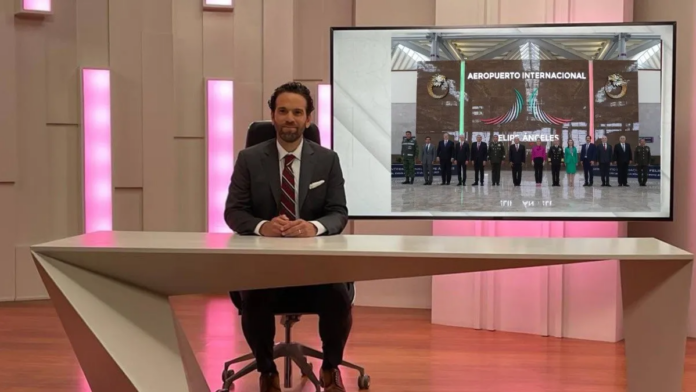 The journalist of Latinus criticized that the Felipe Ángeles airport has not received the security certification required by the flights of the main airlines in the world.

This Monday, March 21, the Felipe Ángeles International Airport was inaugurated, one of the three priority projects of the government of Andrés Manuel López Obrador.

However, since its development and construction stage, the AIFA has not ceased to be the object of criticism and the subject of debate. This morning, the journalist Carlos Loret de Mola called the project a “crappy airport.”

In his column for El Universal, the communicator assured that the passengers cannot reach said base area and the businesses do not want to settle there.

The central runway, the control tower, the passenger terminal, the platforms, the access roads, the customs area, the catering area and the hotel are not finished,” said Loret.

AIFA has not received certification required by flights from the world’s main airlines: Loret

The star driver of Latinus pointed out that the Felipe Ángeles airport has not received the security certification required by the flights of the world’s main airlines.

“He had to negotiate with the Venezuelan dictatorship to send them a plane every two weeks to be able to boast the category of “international airport,” he asserted.

Loret de Mola also criticized the documentary that Epigmenio Ibarra made about the AIFA entitled ” A work of the people “, and accused that at the end of 2020 the AMLO administration gave the founder of the television production company Argos Comunicación 150 million pesos in credit from the Bancomext government bank.

“With these elements, if López Obrador were in the opposition, he would be tearing it to pieces. But the president considers it a success to show off. For his standards, yes, perhaps: the bathrooms are fine, “he concluded.