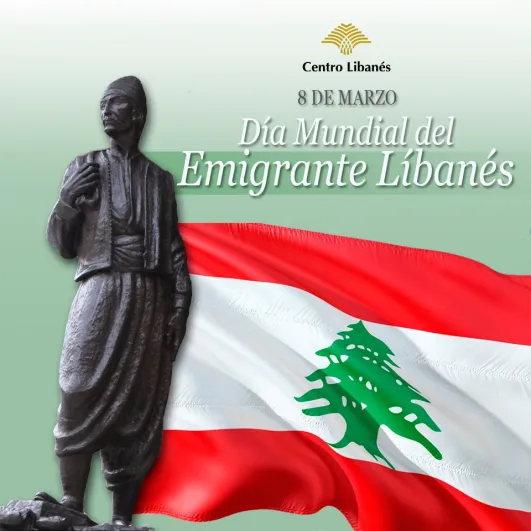 Personalities of Lebanese descent who live in Mexico met at the Lebanese Center to recognize businessmen, scientists, and humanists for their contributions to the country and the rest of the world.

For 20 years, the Lebanese Center of Mexico City, led by Michel Chamlati, received personalities of Lebanese descent living in Mexico and invited to recognize businessmen, scientists, and humanists for their contributions to the country and the rest of the world. world.

The mathematician, academic, and promoter of the Mathematics Olympiad, José Antonio Seade Kuri, and the media entrepreneurs Jorge Kahwagi Gastine and Miled Libien Kuri, among others, received recognition at this meeting organized by the Lebanese Center, within the framework of the 60th anniversary of that enclosure that has become the headquarters of the community in Mexico.

“Lebanese emigration is so important for our homeland and also for us emigrants that we already have a day to commemorate at our disposal in the world,” he stressed.

On the World Day of the Lebanese Emigrant, which is celebrated on the second Sunday in March, the community takes on the task of honoring their ancestors who, mainly during the mid-nineteenth century, made the decision to leave their country, leave behind their culture and their homeland to seek new and better opportunities.

As part of this commemoration, the Lebanese ambassador to Mexico, Sami Nmeir, highlighted Lebanese pride and offered to give nationality to all descendants of people born in Lebanon.

Representatives of the Lebanese Union sent messages from various parts of the world, and José Seguí, from the Latin America chapter, expressed that they always remember the homeland with joy. “More than a country, it is a message, and being Lebanese is a privilege, an honor and a pride.”

In Mérida, Yucatán, at the Lebanese Club of that city, within the framework of the World Day of the Lebanese Emigrant, the photographic exhibition “Lebanon, Reborn in Mérida” and the books “The unmissable of Lebanese cuisine” were presented. by Johana Afif; and the collection of poems “Coffee in the morning”, by Sheila Cicero.

Ricardo Elías Dájer Lixa, president of the Lebanese Club of Mérida, cut the inaugural ribbon for the exhibition that recalls the work of the first Lebanese migrants who arrived in Yucatán at the end of the 19th century. The exhibition includes photographs of naturalization letters, passports, and very old documents and everyday images of the families that arrived in that state, as well as images of buildings in the center of Mérida.

“It is part of our historical memory 50, 80, or 100 years ago, and our gastronomy is also part of the reconstruction,” said the honorary consul of Lebanon in Mérida, Ricardo Elías Dájer Nahum.

MAGICAL MEXICO, STUDY REVEALS THAT WE ARE THE MOST ATTRACTIVE COUNTRY IN THE WORLD FOR EXPATRIATES

Myth and Reality: How much do I need to earn to be middle class in Mexico?