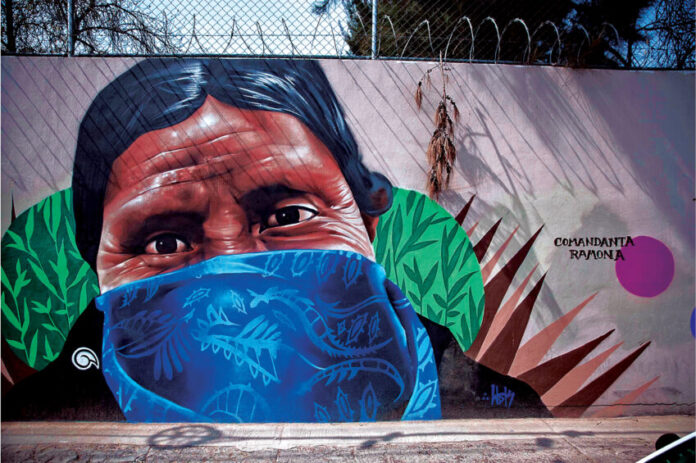 IZTAPALAPA, IS A TEEMING neighborhood on the outskirts of Mexico City largely a sprawl of grey concrete.

But look down from the cable car that soars above it—a city initiative that helps densely packed residents get around—and the aerial view is punctuated by brightly painted rooftops. Down here, a likeness of Mercedes Hernández, an actor.

Over there, a boy and a girl at play, beneath the slogan: “We are equal”. On the ground, pedestrians navigate streets lined with portraits of locals, past and present, or pictures of crops formerly grown in this once-rural area.

Muralism has a long history in Mexico—from wall paintings by the Olmecs, the first major civilization in the region, to colonial frescoes painted by the Spanish to dramatize Bible stories.

Another mural movement took off in the 1920s. After the Mexican revolution, the government sought to foster a sense of identity in a country of numerous languages and ethnicities, whose citizens had fought to end the old dictatorship for varying reasons.

The population was still mainly illiterate, so the new rulers recruited artists, including Diego Rivera, to paint murals showing scenes and events from Mexican life.

The artists drew on the country’s heritage by, for example, incorporating Mayan motifs.