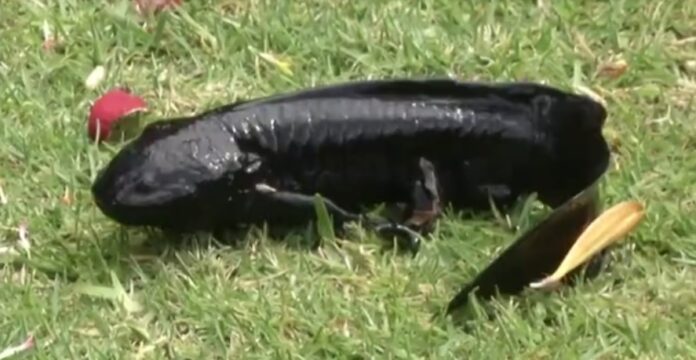 Dozens of black slippery axolotls were released into their muddy habitat.

This action marks the start of a new conservation effort for these distinctly Mexican amphibians.

The location where these tasks are being carried out is Xochimilco Ecological Park, in Mexico City.

Wild axolotls can only be found in the lake of Texcoco, not far from the capital city.

“Bad quality water has killed anywhere from 12,000 to 15,000 (axolotls). There are favorable breeding conditions, we are able to release a lot of them but we have to be careful.”

“Releasing axolotls should be normal for kids. They need to realize these are not pets, not animals you can have at home.”