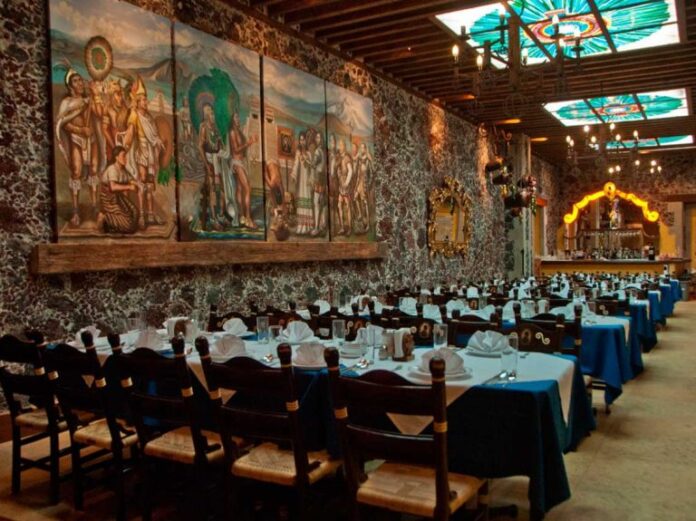 In addition to the fact that these old restaurants in CDMX are still alive, their concept and tradition remain intact.

Mexico City is a place rich in history and culture. And when it comes to gastronomy, without a doubt the capital has a lot to explore.

Currently, there are dozens of restaurants that open and close every week. But there are also some who have managed to stay active for several years now.

Not only do we mean that the establishment where these restaurants are located is still up, what we mean is that its style, concept and tradition have remained intact since its creation. And although they may look old, it is their flavor and history that makes them all classics.

We present some of the oldest restaurants in CDMX:

It is considered the first restaurant in Mexico City. It is located in the Historic Center in a building that used to function as a convent. Here, both the decoration and its dishes are very Mexican. And its most famous dish is the Chiles en Nogada. It is located in the middle of Tlalpan. It is a cantina that still preserves its colonial architectural style. The usual thing in this place is to sit down to eat a cod cake at the bar.

It was the favorite place for politicians and artists of the time. On their menu, they have international dishes. And it is said that the bullet that is embedded in the ceiling was fired by Pancho Villa himself.

It is undoubtedly one of the restaurants in the city that best pays homage to Mexican cuisine. After more than a century, he has summoned families and friends every day to have a good time in his New Spain-style mansion.

It is the famous Sanborns of the Historic Center, which stands out for being covered with tiles on its facade. The restaurant is located in the courtyard, where there is a mural made by José Clemente Orozco.

The concept of the place is based on bullfighting decoration. It has been the host of important politicians and celebrities, even Pope John Paul II attended on one of his visits.

This place is a little different than the others. It is not located in the Historic Center and does not offer typical Mexican dishes on its menu. However, since its creation, it has been one of the most visited by the demanding palates of Argentine cuisine.