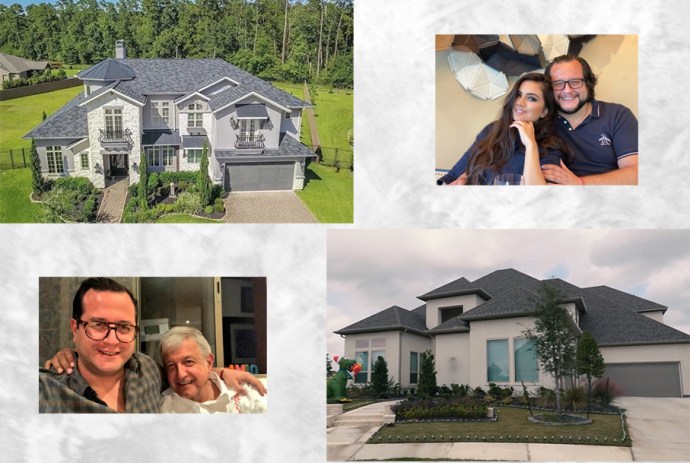 “In this government, my children have no influence, no contract is given to any recommended”, says AMLO

In his report for Latinus, in collaboration with Mexicans Against Corruption, he points out that he owns “houses with a private cinema in Houston, a 23-meter pool and a Mercedes van,” among other expensive properties.

“One of the houses in Houston has 447 meters of construction, four bathrooms, four bedrooms, a bar, a game room, a 23-meter pool, and even a movie theater.”

President Andrés Manuel López Obrador (AMLO) responded this Monday morning to the controversy generated after the publication that points to his eldest son, José Ramón López Beltrán, and the mansion in which he lives and which is valued at one million dollars, in Houston, in the United States.

“My children have no influence in this government, no contract is given to anyone recommended,” said AMLO about the scandal of his son José Ramón López Beltrán’s luxuries.

This morning in his morning conference, known as “La Mañanera”, President López Obrador said that in the case of his son’s marriage to Carolyn Adams, “it is difficult to get involved because apparently the lady has money and has nothing to do with the government”.

The controversy of the son of President López Obrador

Without denying the information, AMLO referred to the publication of Latinus and Mexicans Against Corruption and Impunity (MCCI), which discovered that López Beltrán and his partner, Carolyn Adams, have occupied two residences north of Houston, each valued at about 1 million dollars.

After living in the mansion of the director of Baker Hughes, a contractor for Petróleos Mexicanos (Pemex), López Beltrán moved to a new residence in Harris County, which is in the name of his partner, Carolyn Adams, according to MCCI.

In addition, AMLO’s son would travel in a luxury car, valued at 68,675 dollars, in the name of his wife.

The first residence that López Beltrán and Adams occupied, between 2019 and 2020, belonged to Keith L. Schilling, from Baker Hughes, who in August 2019 signed a Pemex contract for 85 million dollars in Villahermosa, Tabasco, according to MCCI.

President López Obrador insisted that his children “have no influence” and criticized journalist Carlos Loret de Mola, from Latinus, for being “a mercenary. “

He also questioned the journalist Carmen Aristegui, identified with the Mexican left, for comparing the scandal with the “White House” of Angélica Rivera, ex-wife of President Enrique Peña Nieto (2012-2018).

“Neither a contract, nor a recommendation, we are not the same, but this Mr. Loret de Mola is a mercenary and he made a scandal because he thinks we are the same. No. He was and continues to be at the service of the mafia of power,” he said.