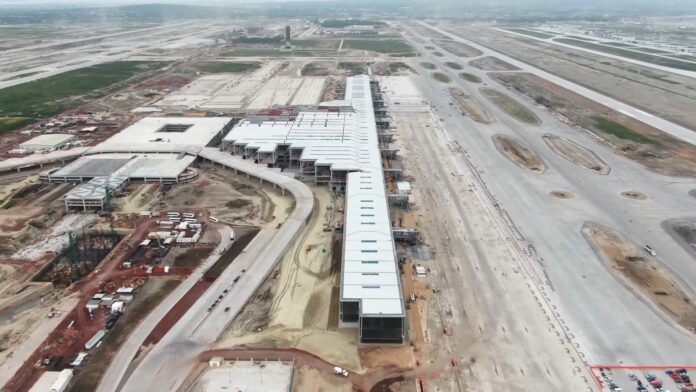 The Felipe Ángeles International Airport will offer jet fuel with prices below the market to try to be more attractive; still, it will have losses until at least 2024.

61 days after the Felipe Ángeles International Airport ( AIFA ) in Santa Lucía comes into operation, the company in charge of operating the air terminal is working to optimize its costs and make it more attractive to airlines. However, it is also recognized that the first few years will operate at a loss, while the operation is consolidated.

In an interview with Formula, the director of the AIFA operating company, Isidoro Pastor, explained that for a period of at least 3 years, the Santa Lucía airport will operate with losses, which will be covered with fiscal resources.

In addition, he explained that there is a budget to start the terminal of around 900 million pesos, which will be used to defray the expenses of services that are generated, while until now they have only been confirmed for March 21. 4 operations with 8 daily domestic flights; but work continues to attract more airlines.

-How is the operation of the entire airport going to be financed?- he was asked.

-Like any company, we started working with red numbers. The investment must be made, the Mexican State is doing it. So the answer is with fiscal resources. And as it progresses, we will lower the balance point. That balance point in the Master Development Program is considered for the year 2026, but we are working very intensively with the different entities involved so that this balance point is obtained during the current administration. That is when this administration ends.

“We are working intensively so that this airport, as a public company, works and works well, operating with money from society. And the obligation we have is to achieve the maximum possible profitability so that this money is returned,” he added.

In addition, he told Formula that with a view to the start of operations on March 21, the intention of other airlines to work at the AIFA in March is registered, along with VivaAerobus and Volaris, including international cargo airlines.

“There is an intention that is still in the process of 2 cargo airlines that intend to bring international cargo and it would be a base destination,” he assured.

He added that there is also an interested US airline, which is in the process of deciding to operate from Saint Lucia.

And you will have cheaper fuel

Pemex will give additional support to AIFA so that it obtains fuel at the best price in order to encourage the operation of airlines from the new air terminal.

“Fuel is another incentive that we are seeking to strengthen so that airlines have the attraction of operating here at AIFA,” he said.

“We are seeking, with the support of Pemex, of the Ministry of Finance, to offer a cheaper price than the one on the market. Until now we have reduced, which is insignificant, but after all it is a reduction, and we continue fighting so that within the months that remain to start operations we have a more attractive fuel price, ”he commented.

He added that this derives from the cuts in the profits of the productive State company derived from making transportation costs efficient.

“In this logistics of consumption points is where an effort was made to reduce the profits that Pemex can have and give us the possibility of giving it cheaper here in the AIFA”, he indicated.

Regarding a train that will supply fuel directly to the airport, he said that this will be one of the strengths that are being explored in the future to make the price more affordable.