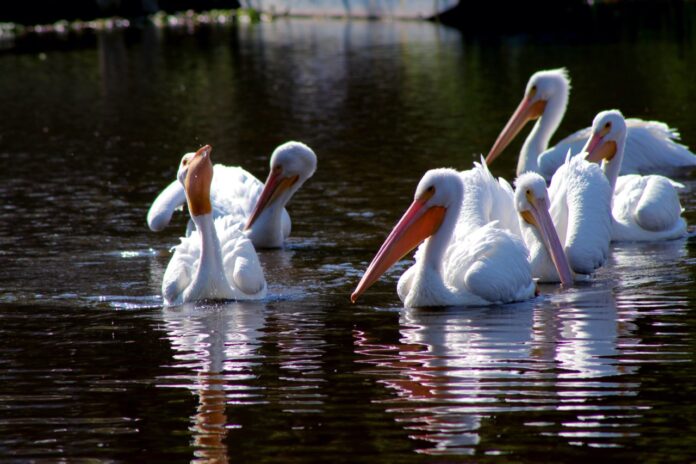 It is possible to appreciate this natural spectacle due to the care and preservation of the Conservation Land ecosystems through the Altépetl Welfare program implemented since 2019 in forests, grasslands, and lake areas, the habitat of these traveling animals

The Secretary of the Environment ( Sedema ) of Mexico City, through the Commission of Natural Resources and Rural Development ( Corenadr ), informs that as part of the migration of birds during the winter season and due to the maintenance of the lacustrine system of the Conservation Land Dozens of American white pelicans have been observed in Los Reyes and Tláhuac lakes, in the Tláhuac mayor’s office.

This migratory phenomenon represents a valuable natural spectacle, the heritage of all the inhabitants of Mexico City that can be appreciated in the care and preservation of the ecosystems of the Conservation Land through the Altépetl Bienestar program implemented since 2019 in forests, grasslands, and lake areas. , habitat of these traveling animals.

The restoration works of the lacustrine system in Xochimilco and Tláhuac are carried out by Corenadr brigadistas, who every year since 2019 clean about 108 kilometers of canals, these works include desilting and cleaning of canals, ditches, and apantles, elimination of weeds, removal of organic and inorganic waste, as well as the sanitation of trees.

American White Pelicans are social birds that nest and feed in groups, their diet includes crustaceans, mollusks, and fish. To catch them, they form a semicircle together with other pelicans on the surface of the water, cornering them towards shallower areas and then devouring them. These animals begin to migrate at two years of age, thereafter, every year throughout their lives, they will make a journey from the northern United States and Canada to the Caribbean in search of warmer waters and food.

This majestic white bird can reach two meters with its wings spread. It has a beautiful white plumage topped with black feathers on the end of its wings, it has long orange legs, a sack of the same color under its beak and a peculiar croak.

With these actions, the Ministry of the Environment reiterates its commitment to citizens to guarantee their right to a healthy environment and will continue working with the communities to conserve this area, also considered a cultural and natural heritage of Humanity.