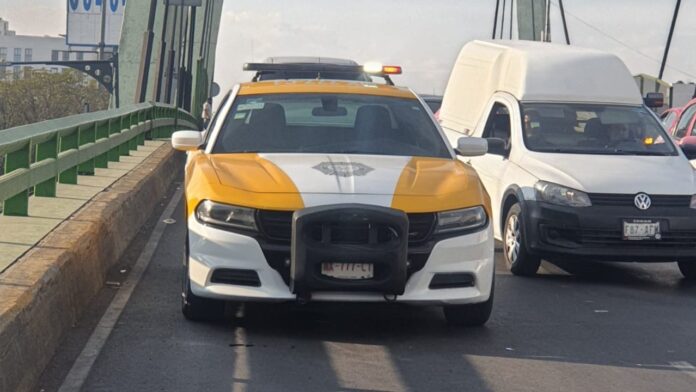 Don’t do it! There is a fine for being hysterical in traffic.

If there’s one thing in this world that’s certain, it’s that honking your horn isn’t going to help you move forward or make traffic magically disappear.

The car horn was created with a specific purpose: to avoid traffic accidents. It is known that when driving there are ‘ blind spots ‘. If you change lanes and don’t see the car next to you: This is a good time for the other driver to decide to honk their horn to alert you.

The car horn was invented to avoid accidents

Now, to prevent drivers from deciding to blow the horn and break the eardrum of others, the CDMX Traffic Regulations establish a sanction.

If a driver honks the horn for a purpose other than to avoid a traffic accident, he will be subject to a fine ranging from 5 to 10 times the current Unit of Measurement and Update.

This means that the fine can be up to 892 pesos. But the matter does not stop there, although this fault does not entail the dragging of the vehicle to the corralón, it does result in the penalty of one point on the driver’s license.

In addition, the offense carries a penalty on the driver’s license

So if you come across a hysterical driver in city traffic, you can request the support of the CDMX Traffic Police so that the corresponding sanction is applied.

Remember to drive carefully and follow the Traffic Regulations at all times: not only to save yourself from paying fines but also to avoid suffering any type of accident.

As of the beginning of the year, car violations are updated according to the UMA (Unit of Measurement and Update). Therefore, it is important that you take into account the cost of traffic fines for 2022.

On January 10, 2022, the INEGI (National Institute of Statistics and Geography), published in the Official Gazette of the Federation (DOF), the new value of the UMA, which is established at $96.22 pesos, which will come into force on February 1 of this year. In this way, the cost of traffic fines will be adjusted as follows:

Finally, most of these fines correspond to Mexico City. However, it is an average cost throughout the country, so it is convenient to verify in your locality what is the current value of each traffic fine.

Driving Through Mexico City? Get a Tourist Pass to Avoid the Driving Restrictions Under “Hoy No Circula”

For those folks who are driving across Mexico and will be passing through either Mexico City or one or more of the 18 municipalities located in the State of Mexico that participate in a program called Hoy No Circula.

The program, which loosely translates as ‘no driving today’, places restrictions on the days and times that certain vehicles can be operated on the roadways.

If the pollution gets too bad the government may place additional restrictions on traffic. The tourist pass won’t save you if that happens.

The program Hoy No Circula is in effect in Mexico City as well as the following 18 municipalities which are all located in the State of Mexico:

If you have foreign license plates, you can apply for a tourist permit.

The tourist pass is for private vehicles that were manufactured within the last 15 years. You won’t need a pass if your vehicle is electric, hybrid, or operates on natural gas. Another exemption is for vehicles with disabled person license plates.

Vehicles with license plates from Mexico City or one of the following Mexican states are not eligible for a tourist pass: Estado de México, Guanajuato, Hidalgo, Michoacán, Morelos, Puebla, Querétaro and Tlaxcala.

How Long Is It Good For?

The year is broken down into two 6-month periods called semestres (Jan-Jun, and Jul-Dec). Each semestre you can get one 14-day tourist pass or two 7-day passes.

There is also an option for 3-day passes during certain long holiday weekends (called puentes).