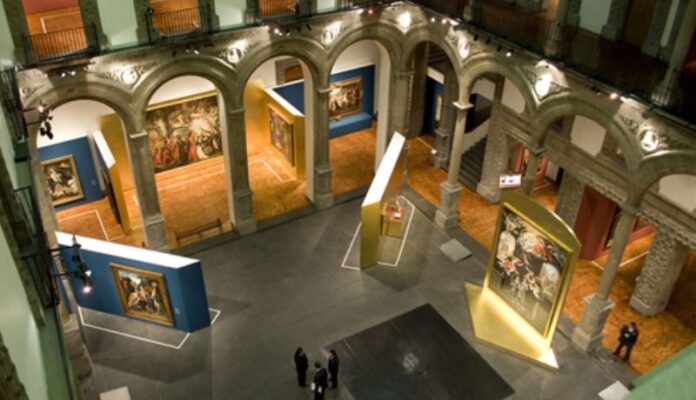 Foreign Minister Marcelo Ebrard Casaubon considered that the cultural heritage of Banamex “should become national property” in order to preserve its heritage.

In a message via Twitter, the foreign secretary said that with the change of ownership of Citi-Banamex, he will keep abreast of the fate of the bank’s Cultural Foundation.

He pointed out that he will keep abreast of “the integrity and destiny of the Banamex Cultural Foundation and the important cultural heritage that integrates it.”

On January 11, the corporate director of institutional development, economic studies, and communication of Citibanamex, Alberto Gómez Alcalá explained that the sale of Banamex includes the brand, Afore, cultural heritage, and credit in Mexico.

Fomento Cultural Banamex (or Citibanamex as it has been called since 2001) owns historic properties in several cities in the country – the Iturbide Palace, the Valparaíso Forum, in the Historic Center of Mexico City; the Houses of Culture of Mayorazgo de La Canal, in San Miguel de Allende; the palace of the Count of Valle de Suchil, in Durango; the Casa Montejo Museum, in Yucatan.

In addition, Citibanamex keeps one of the most notable and important collections of Mexican art – with works by artists such as Diego Rivera, María Izquierdo, José María Velasco; Some of these artists have been declared Artistic Monuments. The recently inaugurated Foro Valparaíso, in the Historic Center, exhibits part of that collection, a permanent exhibition made up of 117 paintings by artists such as David Alfaro Siqueiros, Diego Rivera, Remedios Varo, José María Velasco, Leonora Carrington, Julio Ruelas, Frida Kahlo and José Clemente Orozco, among others.