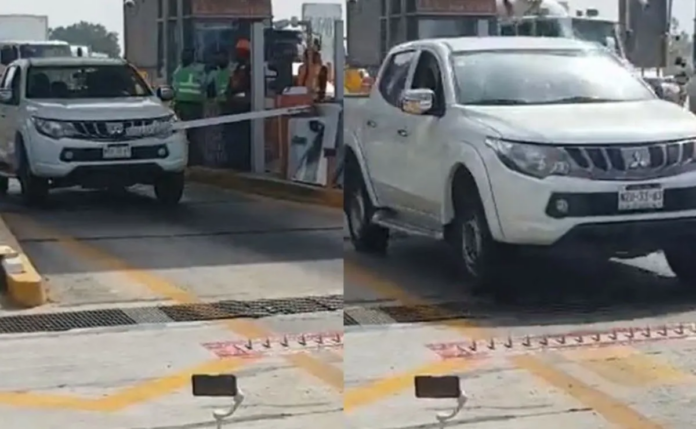 Concesionaria Mexiquense, a subsidiary of Aleatica (formerly OHL México), will implement an automated system that will puncture the tires of those vehicles that do not pay the toll at the Las Américas toll plaza, on the Circuito Exterior Mexiquense in the State of Mexico.

The concessionaire of this toll road reported this Thursday that it will be as of January 18 that “a toll evasion deterrence system will be activated in the T-2 Las Américas toll plaza, located at kilometer 38+906 of the Circuito Exterior Mexiquense ”.

“In recent months there has been an increase in the number of vehicle and public transport drivers who, in order to evade payment of the fee, break down the barriers installed at toll booths, using a series of risky methods, typically in conditions of excessive speed and with a flagrant lack of caution, ”accused the concessionaire company of the Circuito Exterior Mexiquense.

Due to this situation, Concesionaria Mexiquense stressed, it was decided to install an “anti-evasion system that uses proven technology in other countries that have similar problems.”

The automated system, which generates punctures in the tires, is activated only if the passage barrier placed in the toll booth is mechanically moved to avoid paying the toll.

It consists of three phases:

“The mechanical barrier is only deactivated if the user, heeding the warnings, makes his payment. It is worth mentioning that the system is automated, so it is not controlled by the staff at the booths”, states Concesionaria Mexiquense.

Aleatica is currently building the connection of the Circuito Exterior Mexiquense with the Felipe Ángeles International Airport (AIFA), a work that has an investment of 4,524 million pesos.

For the construction of this route, the government of the State of Mexico extended for 12 more years the validity of the concession title that Aleatica holds over the Circuito Exterior Mexiquense, which it obtained in 2008 when Enrique Peña Nieto was governor of the entity. In exchange for this extension, the company will build the link road with the new airport with its own resources.