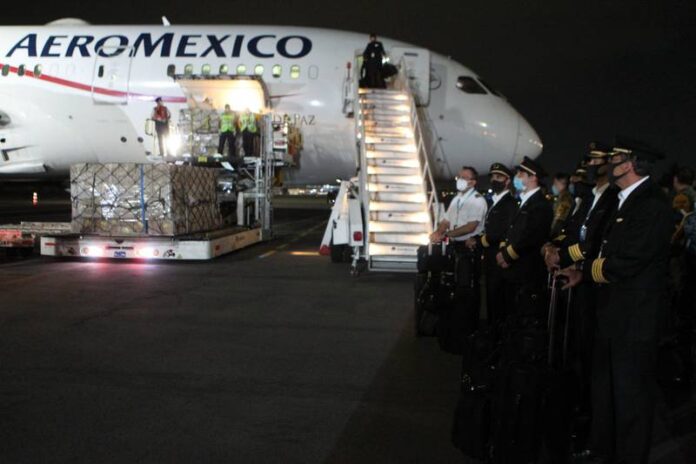 On Thursday, the company canceled 44 flights in the CDMX alone, in addition to that 209 of its flights also presented delays to and from the capital airport.

At least 140 Aeroméxico flight attendants – about 10 percent of the total – had to be ‘lowered’ from the flight because they are infected with COVID-19, the Mexican Association of Aviation Flight Carriers (ASSA) said in an informative circular.

In addition to those crew members who are not flying, there are at least 65 more flight attendants who are suspended due to lack of valid flight documents.

This, according to the Association led by Ricardo del Valle, represents 10.3 percent of the active plant as of December, a situation that will affect flights and cause the cancellation of operations.

El Financiero requested a position from Aeromexico, which said it had no comments to make before the publication of this note.

According to Flyaware, a flight tracker, Aeroméxico canceled 44 flights in Mexico City alone on Thursday, in addition to that 209 of its flights also presented delays to and from the capital airport.