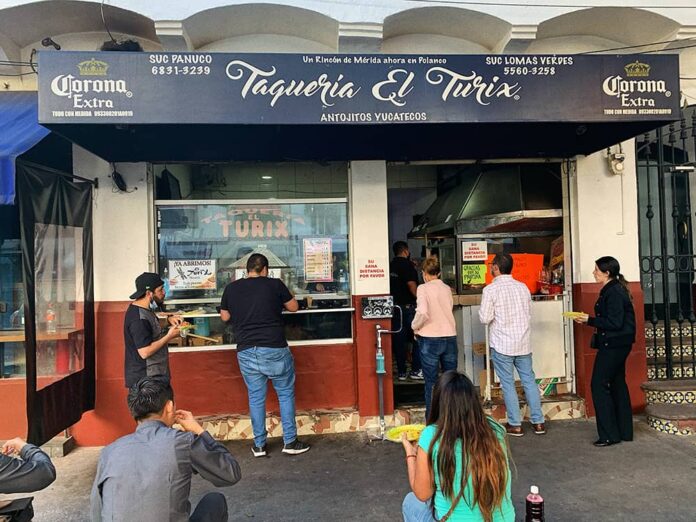 Result of recommendations from 26 gastronomic critics, the famous and delicious cochinita pibil from Yucatán is the best food in the world,  according to the prestigious interactive map Taste Atlas Awards 2021.

This year to conclude, the cochinita pibil was selected as the best food in the world in the food ranking, the result of recommendations of 26 gastronomic critics who tasted cochinita tacos at the Yucatecan antojitos restaurant “El Turix“, which is located in Mexico City.

What is the Taste Atlas Awards?

Taste Atlas Awards 2021 is a search engine that just by entering a city offers information on the most popular local food and the best restaurants in the area.

This platform seeks that local ingredients, traditional recipes, and the best authentic restaurants are not lost or forgotten and that whoever wants to know about them, can find them on this page.

According to the Taste Atlas Awards 2021, the cochinita pibil won the first place as the best food in the world with a rating of 4.7, but it was not the only one that got the best comments and attributes, since other typical Mexican dishes entered various categories.

“The best are their exemplary tacos filled with cochinita pibil or slow-roasted pork braised in a thick achiote and sour orange adobo sauce. Also, the house corn tortillas are also good, as is the habanera sauce that spoonfuls on top, “says famous American chef Chris Cosentino about the cochinita tacos at“ El Turix ”.

In years past, the cochinita pibil had received the same recognition.

What is the cochinita pibil?

It is served with red onion in sour orange and habanero pepper.

History of the cochinita pibil

The cochinita pibil has its origins in pre-Hispanic times, when the Hanal Pixán was tasted in its most important celebration, in which food and drink are offered to the souls of the faithful departed from October 31 to November 2.

The dish was made with pheasant, wild boar, or venison meat and was cooked in the pib which means earth oven. But during the Spanish conquest the meat of these animals was replaced by pork.