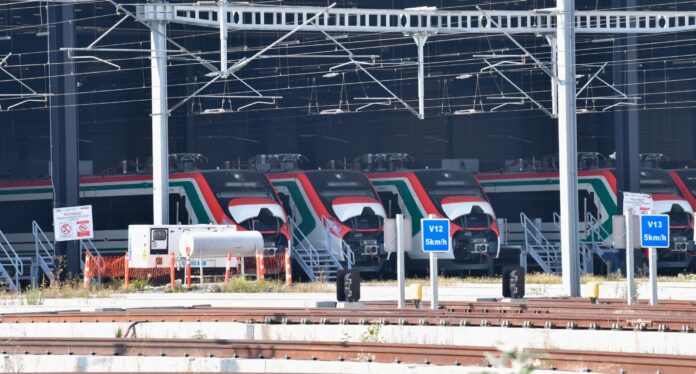 The SCT reported that the expansion of the Ramal Lechería-AIFA Interurban Train (“Felipe Ángeles” International Airport) will have the least social impact.

MEXICO CITY.- The civil works of 41 kilometers of the Mexico-Toluca Interurban Train, which is estimated to be fully completed by the end of 2023, has been completed, reported the Ministry of Communications and Transportation (SCT ).

The section represents progress of 76.42 percent, while sections I and II, as well as the road of the latter, are 100 percent completed, the agency said.

He explained that in Section I the road has 86 percent (31 kilometers) of progress; catenary 75 percent (27 kilometers) and conduits (wiring) 61 percent. In Section II, the catenary reveals advantages of 40 percent and the pipes 90 percent.

In Section I, the 4 stations of which it is part (Zinacantepec, Pino Suárez, Tecnológico and Lerma), as well as workshops and garages, are energized, according to a statement released this Sunday.

The SCT reported that the expansion of the Ramal Lechería-AIFA Interurban Train (“Felipe Ángeles” International Airport) will have the least social impact.

The route will take 39 minutes from the Buenavista Suburban Train with its 23 kilometers in length; It will have a double electrified track and the 73.4-kilometer freight track is being reconfigured.

“The branch will have six stations and a terminal, nine vehicular crossings, 10 pedestrian crossings, three viaducts and two railway bridges.

“In Section III, in charge of the SICT, work is carried out at the Vasco de Quiroga station, in a length of 208 meters, which will have an investment of 545 million pesos; as well as the Manantial Santa Fe cable-stayed bridge, with a length of 519 meters and resources for 1,150 million pesos; and the Observatory station will start next year ”, indicates the SCT.

Regarding the electrical traction substations in the 57.8 kilometers of which the TIMT will be part, 42.1 kilometers are in charge of the SICT and 15.6 kilometers of Mexico City, with whom it works in coordination to achieve the completion goal.

Approximately 90 billion pesos will be invested in the TIMT, and it will have a length of 57.87 kilometers (4.7 kilometers of tunnel), 7 stations (2 terminals and 5 intermediate) and 30 trains of 5 wagons, to transport 230 thousand passengers daily.