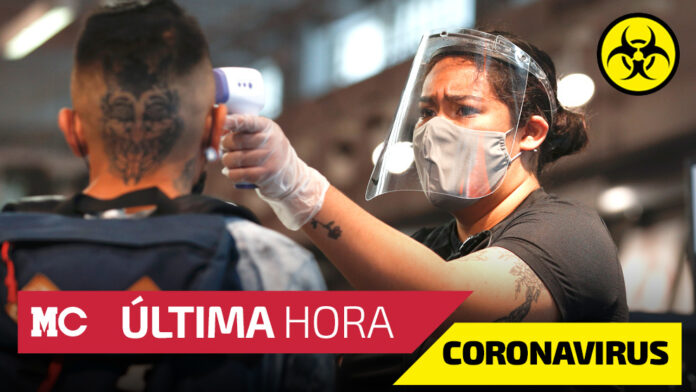 The Information System of the IRAG Network, of the Ministry of Health reported that 75 hospitals are above 70% in their general bed areas to care for patients with complications from COVID-19; another 12 hospitals are above this percentage in their intensive care areas; while in the occupancy of beds with ICU ventilators, 13 hospitals are in this situation. Altogether there are 100 hospitals.

The database of the country’s hospital system reports that these hospitals, which are at their maximum capacity, are distributed in 25 entities.

According to the most recent report, dated December 25, among which it is recorded that there is no capacity to receive more patients in general beds are La Raza, Hospital General Ajusco Medio, several units of the IMSS in Mexico City, the hospital from Los Reyes la Paz, Molinito and Coacalco in the State of Mexico.

This list includes the Regional Hospital in Guadalajara , the Hospital de Los Mochis in Sinaloa, the Gómez Palacio, Durango; Nicolás Garza and Félix U. Gómez in Nuevo León.

The report of the General Directorate of Epidemiology of the Ministry of Health reports that in more than a year and a half of the pandemic in our country, 3,950,200 cases of the new coronavirus have been confirmed and of the 298,759 people have lost their lives in this period.

However, on December 24, 2,916 new infections and 89 deaths were reported from the disease.

Until 10 pm on Saturday, December 25, the Ministry of Health ( Ssa ) had not released the statement with the daily technical report; however, according to the updated page, the number of active cases with symptoms in the last 14 days amounts to 20,776.

Mexico continues with the increase in positive cases of the Omicron variant throughout the country since on December 25 it was announced that the number of people infected with this new strain of coronavirus amounted to 42.

This was detailed by the GISAID (Global Initiative on Sharing All Influenza Data) database, where they confirmed the report from the Sinaloa Health Secretariat, who announced that the last suspect in Sinaloa was positive and that it completes a total of 42 cases with the Omicron variant in Mexico.

This represents 65% more than the data presented six days ago, when 25 cases were reported with this new strain of SARS-CoV-2. Now there are eight more infected than those reported by Infobae Mexico yesterday, December 24, 2021, when 34 official positives were known.

In Mexico City, two municipalities have 100% of their hospital capacity Photo: (Information System of the IRAG Network)

Of the 42 cases carrying the Omicron variant in Mexico, 30 are located in Mexico City, eight in the State of Mexico, three in Tamaulipas and the last case reported in Sinaloa, which corresponds to a male and female person. 33 years.

This man is originally from Mazatlán and is already in isolation, like his wife, who had traveled to France in recent days. Later they were in Guadalajara and finally in Culiacán, where a test was performed that was positive.

Can technology help to find 110,000 people reported missing in Mexico?