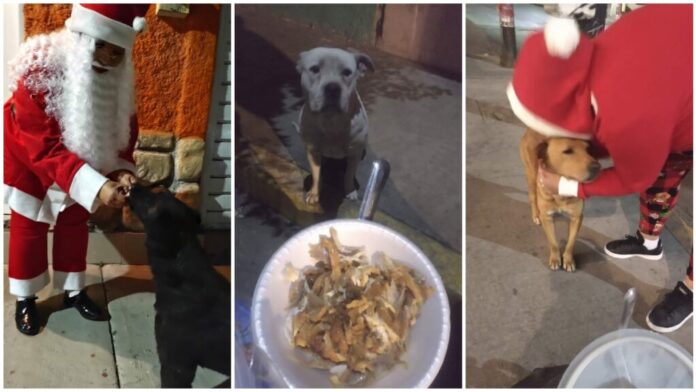 They give out Christmas dinners to stray dogs; so you can help

Christmas dinners with stray dogs? Sausage Squad throws a leg at them and thus delivers the food to the tenderloins; so you can support them.

The Sausage Squad distributes food to homeless boundaries all year long, but on December 24 and 25 they do it in a special way.

“Whenever I go out I carry croquettes or envelopes in my bag, my children also carry these foods to give to the stray dogs,” Yadhira Olvera, who heads the Sausage Squad.

The idea of ​​delivering Christmas dinners began almost five years ago, when Yadhira and her husband invited a neighborhood dog to part of the food they made to eat with the rest of the family on December 24: a rotisserie chicken.

“(After that) I spoke with my husband and told him we are going to give the 24 days not just one puppy, but more.

“Just as a person spends the night eating something delicious, well, the dogs may have that opportunity for someone at night to go out and feed them something different that is not rotten food or just bones,” explains Yadhira.

To stockpile the food, the Sausage Squad runs raffles and sales for a cause.

They also accept donations from “the godparents”, that is, people who contribute money or products in kind for the puppies.

This year’s goal is to get 20 rotisserie chickens, but because some tenderloins living in the Sausage Squad need special medical attention, they were unable to buy something to raffle off and get financial support.

How do you deliver Christmas dinners to stray dogs?

Yadhira and her family prepare everything from days before, since they do not go out and distribute the chicken pieces and that’s it.

On the same December 24, they buy the chickens so that they are warm, then they shred them and add wet food and croquettes to make it yield.

While she goes out to deliver, her husband and children do the same on other streets.

“Just as you find a small or very skinny puppy, you also find quite large dogs. No way to say ‘here friends’, we try to fill their plate and bring them water ”, he says.

All delivery is done on foot and the cart of one of the dogs, who is very old, is transformed into the sled that carries the food.

She and her husband dress up as Santa Claus and start handing out Christmas dinners to stray dogs.

One of her friends joined this adventure and distributed the food around the area where she lives.

“This year we are looking for volunteers to cover more areas, more neighborhoods not only in Ecatepec, but also elsewhere.” assured. 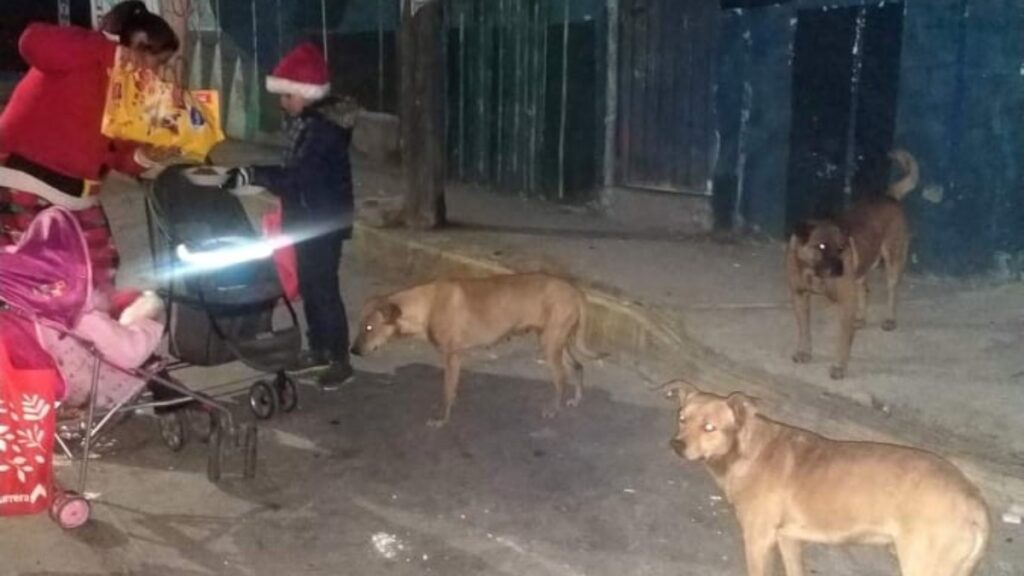 How I can help?

To support the Sausage Squad you can make a contribution in kind or financially, there is no limit.

You can also join as a volunteer and distribute food to the dogs that live around your house.

All the details on how to donate and help out by distributing food, you can find them on their social networks.